For the first time in ages, the New York Knicks seem to be building their team the right way. Rather than stock up on just enough mediocre role players to stay just out of the top part of the draft, they’re using this year to focus almost entirely on the development of the young core they’ve established over the past couple of years. Whether it’s giving prospects like Allonzo Trier real looks or trying to salvage the value of guys like Emmanuel Mudiay and Noah Vonleh, it seems like a concerted organizational mandate.

And those guys, much to just about everyone’s surprise, are responding with breakout performances. With that said, let’s look at what exactly is driving each breakout and how we got here.

Unless you’ve been tracking Emmanuel Mudiay’s career since his first game against the Houston Rockets like a certain Denver Nuggets fan writing this article, it’s hard to describe just how bleak it got for Mudiay. After he was drafted seventh in the 2015 NBA Draft to the Denver Nuggets and cast as the savior of their franchise, he had a rough two and a half years.

The Nuggets were basically bleeding every time he got in the game: he had a 43.7 true-shooting percentage his rookie year, which is basically unheard of. He turned the ball over almost every time he touched it. He couldn’t play defense or finish around the rim. At the end of his time with the team, there was a legitimate belief that he wouldn’t be able to get another shot in the NBA.

That is, until the New York Knicks took a shot on him during last year’s trade deadline. Since arriving in New York, Mudiay has been a surprisingly effective starter and is now boasting a 0.7 offensive box plus-minus score, which is the highest of his career by a country mile. For the first time in his career, he looks like he belongs in the NBA. Part of that development is the way the Knicks use him in their system, but an even bigger part is him starting to actually hit shots, which is starting to open up the floor for him to attack.

In Denver, he never shot well enough from anywhere on the floor to be an effective playmaker, and because defenses knew he couldn’t ever punish them outside the paint, they could basically neutralize everything he did well. In New York, however, that doesn’t seem to be the case. Watch in the possession below, where he comes off the screen, sees the defense sagging off and confidently pulls up for an easy mid-ranger:

It’s a fairly routine move, but it’s a shot that he wouldn’t have been able to hit just a few years ago, and it’s helping him consistently generate easy offense. When he hits a few of those is when his game starts to get really interesting for the Knicks. Look at what happens after he hit a couple earlier in the game and the defense has to adjust to stop him from walking into that jumper:

He’s still not hitting 3-pointers very well – just 31.5 percent on the year – but now that he’s on fire from the midrange – 44.6 percent this season – he finally demands some level of attention from defenses. And that attention is letting him use his elite physical tools and stellar court vision in ways we haven’t seen from him before. He always had the feel and the length to make spectacular passes, but defenses could sag so much that they basically neutralized anything he did well. With an added layer of unpredictability, he has the space to make spectacular passes like this one:

It’s not just the highlight passes that are impressive this year; it’s the simple passes he rarely made before. Arguably the biggest improvement in his game is the newfound patience he’s playing with this year. Rather than try to force the issue and turn the ball over a million times per game as he did with the Nuggets, he’s calmed down with the ball and is starting to make the easy passes that almost always lead to buckets. Like in the following clip, where he hits Luke Kornet with a basic pass that sets him for an easy 3.

Before we get too high on Mudiay though, it’s worth mentioning that this could all be a prolonged hot streak. He’s shooting five-to-ten percentage points better in almost every single midrange zone, and he’s had stretches like this in the past before he inevitably comes back to earth. The one thing that separates this streak from the others is the confidence he’s clearly playing with. It doesn’t show up in the stat sheet – which is a cliche, I know – but he’s playing like someone who’s figured it out.

Whereas Mudiay’s plane ticket to China was basically booked by the middle of his second season, Vonleh’s talent was always pretty clear. He had the fluidity and mobility of a small forward, he could handle the ball like a guard, he could rebound like a big, and he was a legitimate threat from outside. The only thing missing was the opportunity to grow. It didn’t come in Charlotte, where he was too raw to compete for minutes with a surging Marvin Williams (lol). It didn’t come in Portland, where he played well but never well enough to take time away from Al-Farouq Aminu and Moe Harkless. With ample opportunity and freedom in New York, however, he’s starting to come into his own.

One of the most fascinating things about Vonleh is that he has the skills to attack his man in pretty much any way he needs to. He can get by and bully his man on the perimeter for a smooth layup as he does against Domantas Sabonis here:

He can slip screens and hit spot-up 3s like he does here:

He can get into the post and use his strength to get where he wants to go before finishing with touch around the basket as he does below, again to Sabonis:

He can even run the floor and clean up mistakes in transition:

The best part is that he’s giving the Knicks real, sustainable production. He has a stellar 57.5 true shooting percentage on a career-high 8.6 points and 8.5 rebounds per game. His game will almost certainly mesh with Porzingis’ when he comes back and forms one of the most dynamic frontcourts in the league. Of all the players I’m talking about, he has the best chance of being a reliable contributor for New York at some point down the line.

Drafting Allonzo Trier might be the savviest move the Knicks have made in the past few years. He had quietly been projected as a fringe lottery-pick in the draft through most of his college career, before DeAndre Ayton showed up at the University of Arizona and stole most of the shine from Trier. On paper, he always had the tools to be a spark plug off the bench at the NBA level, but concerns about a PED scandal that sat him for half his sophomore year and a more retro-style game kept him out of the draft entirely last June.

Despite the baggage he carried, the Knicks saw enough in him to take a chance and give him a two-way deal. And boy, has he delivered. Through 36 games this season, he’s averaging 9.7 points per game on a solid 53.6 true shooting percentage. Trier looks like the kind of prospect who could be a spark plug off the bench for the Knicks down the line. Throughout his brief NBA career, he’s shown an array of different tools to get his shot off that will almost certainly carry over to the rest of his career.

Though he’s not a great shooter by any stretch of the imagination, he’s shown some talent as a pull-up jump shooter. Watch how he attacks a bad closeout, takes a few dribbles inside the arc, steps back and nails an 18-foot pull-up:

Ideally, he’d have taken a slightly better shot there, but the ability to attack in the pick-and-roll and pull up for a jumper is always a good thing. It’s not like he’s living from the midrange, though. He already has a knack for getting to the free-throw line – 4.9 attempts per 36 minutes – and understands how to throw his body around to create good looks for himself around the rim. That’s a big reason why he’s shooting 59.3 percent from that area this season. Just look how he explodes towards the rim, double clutches and hits a layup at the buzzer:

And how he gets the ball in transition, pushes into the paint, goes right through Quinn Cook and hits a smooth layup:

Perhaps most importantly for the Knicks, Trier has shown enough to believe that he can be a solid complementary role player when their other young guys like Knox and Porzingis come into their own. He’s a capable enough 3-point shooter – 36.2 percent on 2.7 attempts per 36 minutes this season – to attract defensive attention and create some gravity. Moreover, he’s already shown a willingness to move off the ball, attack closeouts and kick the ball out when he doesn’t have a good look.

Trier still has glaring holes in his game that complicate his true value to a non-contending team, but his production has been a huge win for a franchise that hasn’t had a lot of them. They’re getting solid minutes from an undrafted rookie on a team-friendly deal who should work well with their other core pieces in the future.

The fact that the Knicks are identifying misused talents like Mudiay and Vonleh is an awesome sign for New York fans. To build a good team from the ashes obviously requires blue-chippers like Joel Embiid and Kristaps Porzingis, but they need guys around them who can take the team to the next level. Getting those guys requires front offices to be able to find diamonds in the rough and get them on cheap deals like the Knicks have done this season.

Sure, the aforementioned players deserve a ton of credit for building their games back up and turning into useful pieces, but the Knicks deserve credit for giving them the right opportunities to succeed. Especially because this is not something the Knicks have ever really done. Since the beginning, the Knicks have been chasing stars they had no shot of getting, and completely neglecting the supporting cast that was in dire need of a revamp. This could finally be a new leaf for a franchise that’s been stuck in their pseudo-exceptionalism since Patrick Ewing was there in the 1990s. 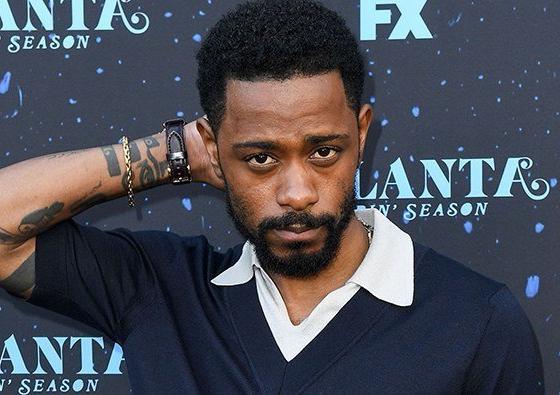 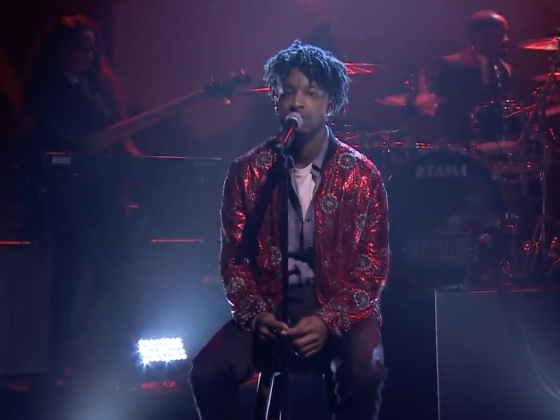