Update:
The Kings have also sent Omri Casspi to the Pelicans. Langston Galloway, sent back in the deal, will reportedly be waived by Sacramento.

The Pelicans are including guard Langston Galloway in deal to the Kings, who'll likely be waived, league sources tell @TheVertical.

The Sacramento Kings have reportedly traded all-star center DeMarcus Cousins to the New Orleans Pelicans for a package involving Pelicans rookie Buddy Hield and a first round pick. The deal was first reported by The Vertical’s Adrian Wojnarowski.

Deal with the Pels includes guard Buddy Hield, and a 2017 first-round pick to the Kings for Cousins, league sources tell @TheVertical.

The move came as a shock despite rumors earlier on Sunday that Sacramento had had talks about moving the talented big man. All previous reports and quotes had mentioned that Cousins would likely be signing an extension in Sacramento following the season. But there have been some discussions of Kings’ owner Vivek Randive waffling on a long-term commitment to Boogie.

Cousins has been his usual self this season, leading the Kings to inclusion in the race for the West’s eighth seed. His 27.8 points per game are the most in his seven-year career and he has added 10.7 rebounds per game.

Cousins has long held a reputation as a hot head and he has not always gotten along well with management and coaches. Of course there has always been two sides to that story and Sacramento has not exactly built good teams around their franchise center.

The trade became likely as Cousins played only two minutes in the All-Star game, seemingly being held out for reasons related to negotiations. Cousins did dismiss that thought, however, saying he told the West coaches that he was “dinged up” and did not want to play too many minutes.

The Kings meanwhile, will look to start anew, themselves. With a package of a young player (if Hield is indeed included) and draft picks, Sacramento can rebuild, hoping to create a sustainable and more well-rounded future. It’s hard to believe that they could not receive a better offer with rumors that several other teams were interested. Nevertheless, the deal is as good as done.

The Cousins era in Sacramento is over. The Boogie-Brow era in New Orleans has begun. 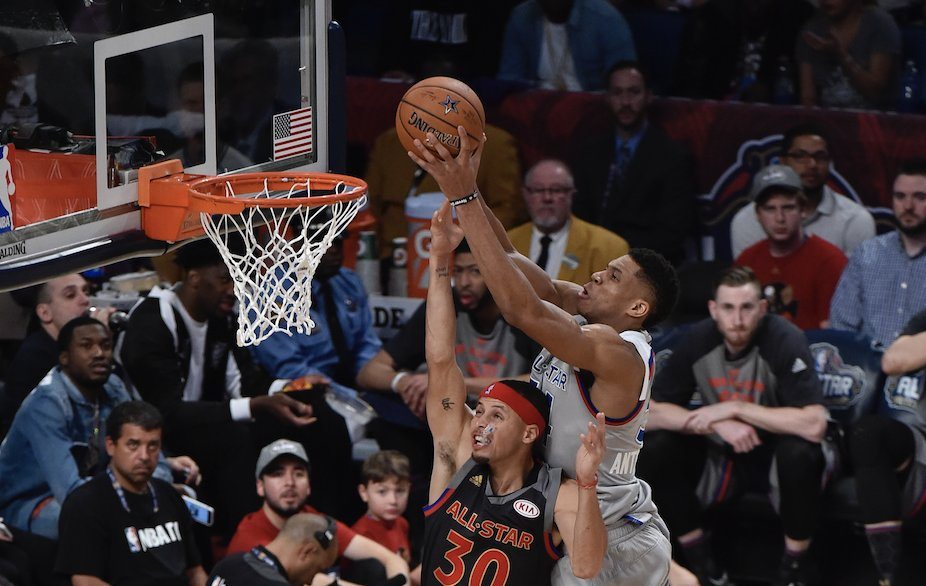 VIDEO: Stephen Curry Laid Down to Avoid Giannis Antetokounmpo Dunk, Greek Freak Gets Him on a Putback