It has been a month since Rory Farrell and Jamil “Mal” Clay left the Joe Budden Podcast. In the weeks following their departure, many fans speculated about what could be next for the dynamic duo.

In May, the two co-hosts traveled out to WTF Media Studios in New York, New York to discuss why they left the Joe Budden Podcast. Shortly thereafter, Rory and Mal put together a video poking fun at their departure and their subsequent job hunt. During the skit, Mal and Rory meet with a fictional hiring manager played by Thirty-Five Ventures CEO Rich Kleiman. As a result, many began to wonder if the two would be joining Kevin Durant and Kleiman’s media imprint, The Boardroom. Fuel was only added to the fire when Thirty-Five Ventures jokingly welcomed them to the company.

Less than two weeks after their skit was posted online, it looks like Rory and Mal have officially joined Thirty Five Ventures. In a recent clip posted by respected journalist Elliott Wilson, Kevin Durant teases a new piece of content that involves both Rory and Mal. Many fans believe that Durant is alluding to Rory and Mal’s new podcast, which would occasionally feature himself and other high-profile guests.

At this time, nothing has been confirmed. However, all directions are pointing in one direction. Check out the brief teaser provided by Elliott Wilson below. 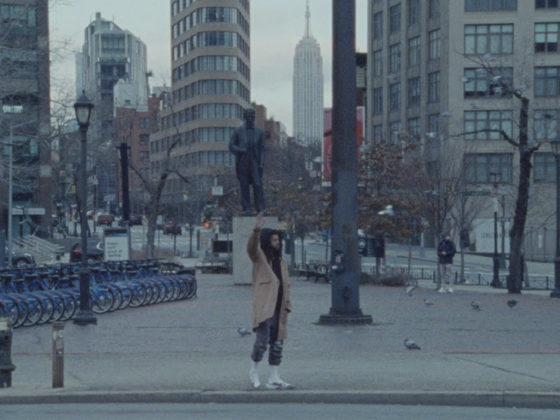 J. Cole Rides Through New York In The “Punchin’ The Clock” Video

Issa Rae To Join The Cast Of The ‘Spider-Man: Into The Spider-Verse’ Sequel