Jean Pascal is a warrior that is both resilient and confident. After holding the WBC, IBO, The Ring and lineal light heavyweight titles from 2009 to 2011, Pascal suffered the second defeat of his career at the hands of Bernard Hopkins. From that moment, Pascal has worked tirelessly to reinvent himself and work his way back to the top of the mountain. This summer, his efforts were finally rewarded. Despite being a heavy underdog against titleholder Marcus Browne, Pascal won back his light heavyweight title via technical decision. Knocking the champion down multiple times during their eight-round fight, Pascal showed the power of his younger self along with the poise of a veteran fighter. Following the monumental victory, Pascal spoke to Def Pen’s Culture Editor Ryan Shepard about his victory, journey and future plans in the light heavyweight division.

Ryan Shepard: You won your first light heavyweight title in 2009 and ten years later, you’ve regained that title. How does it feel to have gone through that journey of first winning it in 2009 and now being able to regain it?

One thing that stuck with me leading up to the fight and during the fight is your demeanor and your ability to stay calm. As the veteran in this fight, you have more experience than a younger boxer like Marcus Browne. You’ve been in the ring with Kovalev and fighters of that caliber. How does that experience help you when dealing with a younger fighter who may not have that same experience that you have?

You said it with your own words. I’m a veteran. I’m not a novice. I’ve been there done that. I know the game. I know more about boxing and I know more about the game than him. When I was boxing in 2009, he was still an amateur. He was still fighting for free while I was a world champion. Given my experience, I knew that I could take him into the later rounds and make him uncomfortable. Going into the fight, I knew the first three rounds would be hard for me because he’s young and has stamina. However, I knew he’d never been in the ring with a boxer like me. He’s never been put and tested in deep waters. My main goal was to bring him to those deep waters and make him quit.

I wanted to be more selective than him because I knew he was younger and even faster than I was. However, I knew I was more experienced than him. I knew that I’d been there before. As I mentioned before, I wanted to push him into those deep waters. Sometimes when it’s your first time in those deep waters you may drown because you don’t have the experience needed to survive in those waters. Going into the fight, my game plan was to be selective with my punches. I knew that he was a good fighter, but I knew that his jaw was not solid. Knowing that my main goal was to try to connect there with very hard punches.

As someone who’s going into the latter half of his 30’s and has been boxing for a while, how do you keep your passion for this sport? I was at the fight where Maxim Dadashev lost his life. As a journalist, you develop an immense respect for fighters because you get to see the things you all go through behind the scenes that fans may not see. It’s truly a brutal sport. With that being said, how do you keep yourself motivated and continue to put yourself in a position to win?

During my training camps, I watched Maxim’s last fight live on my iPad. It was a very good fight. It was very sad with what happened to him following that fight and I want to offer my sincerest condolences to his family and loved ones. Boxing is a tough and brutal sport. At the same time, I tried to remain positive. I thought a lot about Tiger Woods and how he had just made this great comeback. In boxing, Manny Pacquiao had just made a comeback at forty years old. I just kept telling myself that if those guys could do it, I could do it too. I just believed in myself. Throughout my training camp, I stayed focused on my task because I had a big task in front of me. I just knew that if Tiger Woods could do it and Manny Pacquiao did it, I could do it too. That’s why I put it in the hard work to get it done. In the end, I proved everybody wrong. I was the underdog with 20-1 odds. If you believe in yourself and put in the hard work, anything is possible in life.

That’s definitely true and something we can all take with us moving forward. Changing gears a bit, I saw you call out 50 Cent after the fight. What is your relationship with him? Was there a bet you guys had going on before the fight?

Honestly, I like 50 Cent. I first met him back in 2012. We were friends. At the time, I was training to fight Lucian Bute, so he hosted a public workout at a gym in Las Vegas. He also paid for some of my travel expenses. I saw it as a gift because I did not ask 50 Cent for money, training or anything like that. He did it himself. However, now that he’s seen that I’ve got my belts back, he wants his money back. With that being said, he’s got money and I’ve got money. I told him I’ll meet up with you on Monday. I showed up and waited because I’m a man of my word, but 50 wasn’t even there. After that, I thought about it again. It was a gift. I’m not going to give him anything. I took champagne from the place where I was supposed to meet him and I left.

“At the end of the day, if someone wants to fight me and it makes sense, I’m going to fight them.”

Given how your fight with Marcus Browne ended, it appears that there will definitely be a rematch. However, you do have other options moving forward. Is there any fight outside of a rematch with Browne that you’d be interested with?

I will always welcome a challenge. Anyone who wants to fight me can because I’m the cash cow of the division. At the end of the day, if someone wants to fight me and it makes sense, I’m going to fight them. Badou Jack expressed interest in fighting me. Also, Canelo said he wants to fight at 175. I think he wants to fight to Kovalev, but if he wants to test the waters at 175 I can be a good test for him because I have the belt. Honestly, that would be a great matchup. Canelo sells well in Mexico and in America. I also sell well in Canada and Haiti. Beyond that, we could also make another Boxing-MMA crossover fight with myself and Georges St. Pierre. We’re both from Montreal. He’s a good boxer and mixed martial artist. Personally, I think it can be a big fight because I have the belt now. If he wants to do it, we can do it.

You mentioned that you have are a major draw wherever you are, especially in Canada and Haiti. Down the line, do you hope to fight in Haiti?

Definitely! I would love to fight in Haiti. Those are my roots. That’s where I’m from. My dad was a beloved congressman in Haiti who did a lot for his country during his lifetime. Before he passed away, he told me I would be a great man. That really meant a lot to because he was a great congressman and an even better man. When he said that, I just thought to myself, “wow.” Slowly, I’m starting to realize that I will be a great person like he was.

I’ll end with this. You mentioned previously that you had been watching Manny Pacquiao’s bout against Keith Thurman during training camp. Outside of the light heavyweight division, who do you enjoy watching fight?

Honestly, I’m a big fan of Roy Jones Jr. Roy Jones Jr. was and still is a mentor to me. He’s really like a brother. Also, Roy Jones Jr. used to love to fight from the southpaw stance. If you look at my record, I’m still undefeated as a southpaw and I’m very happy about that. During this camp, I really enjoyed watching Manny Pacquiao. I was watching the way he bounced and moved his hands. Outside of boxing, I also watch Tiger Woods. Watching Tiger and Manny really pushed me to go beyond my own limits because age is nothing but a number. 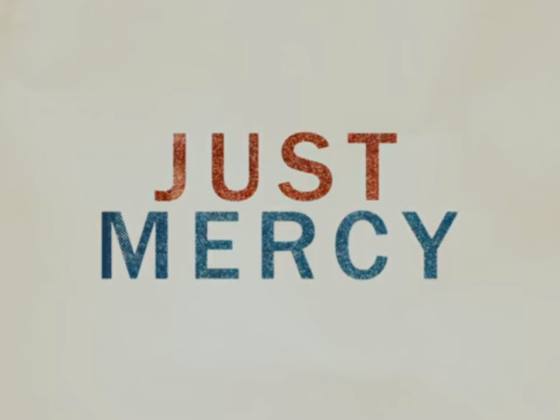 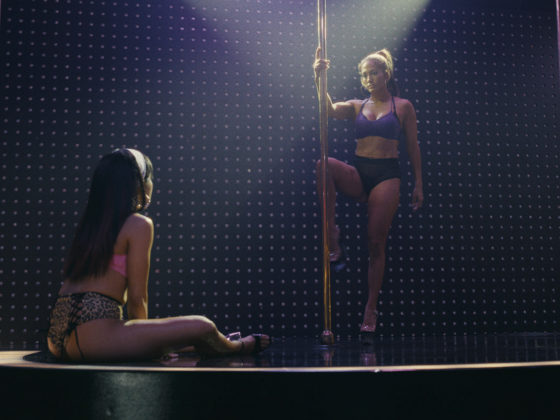