Coming into the college basketball season, many NBA draftniks – including myself – were labeling Isaac Okoro as one of the most underrated freshman recruits in the country and projecting him as a lottery pick in the 2020 NBA Draft. Okoro held up his end of the bargain; after flashing an NBA skillset in his freshman season with the Auburn Tigers, the swingman is on to the big leagues and is very much in lottery contention. One of the more elite defensive wing prospects to come out in recent years, there are quite a lot of things to like about Okoro’s game from an NBA perspective.

Okoro’s calling card, and the main reason why he’s going to be drafted as high as he is, is his defensive prowess. For starters, his motor is constantly running; Okoro is extremely active on defense and never shows a lack of hustle, and in combination with his terrific basketball IQ, it’s no surprise that he’s an outstanding off-ball defender. His rotations are spot on and he blocks a lot of shots from the weak side for someone his size, as is indicated by his 3.1 BLK%. The idea that team defense is more important than on-ball defense has become a lot more popular in recent years, and it’s an area that Okoro excels in.

(Yes, he got pushed on box; even here, I like effort. Did a great job on Hammonds through this play.) pic.twitter.com/sBBQelQXkD

Here’s the thing, though: Okoro might be even better as an on-ball defender. His big 6’6, 225-pound frame in conjunction with outlier functional strength permits him to stifle any player who tries to get past him. One of the more notable Okoro excerpts comes from the 2019 Nike Hoops Summit. World Select Team point guard Nico Mannion had torched the USA defense for 30 points in the game when Okoro switched onto him in the last minute. Mannion went scoreless from that point forward, including having his go-ahead three-point attempt blocked by Okoro to secure a six-point USA win. For any NBA teams in need of defense, they should look no further than Okoro.

Perhaps the most underrated facet of Okoro’s game is his playmaking ability. His box score line certainly won’t wow you; he had just 57 assists to 55 turnovers this season, numbers which may even paint playmaking as a mild concern. However, if you watch him play on offense, you’ll notice his standout passing ability for a wing. Another area where is IQ shines through, Okoro is capable of making some surprisingly advanced reads and is terrific at playing within the flow of the offense.

Isaac Okoro's passing ability is legitimately good. I really wish Auburn used him more as a creator, but what he has shown so far is very good for a wing. His passing ability, combined w/his handle and fluidity, makes me think he might have more to unlock if given a bigger role. pic.twitter.com/YS30eKdMve

As alluded to in the above tweet, a lot of people have identified Okoro as a high-floor player with limited upside. However, given the playmaking chops and flashes of a good handle, it’s worth considering how much his secondary role in Auburn’s offense contributes to this notion. While Okoro more than likely doesn’t have game breaking offensive upside, developing into a secondary initiator for an NBA offense isn’t completely out of the question, however unlikely it may be.

Speaking on Okoro’s offensive upside, we also have to take his finishing capabilities into account. We already talked about his activity on defense, but he’s also very active as a cutter and slasher on offense – and once he gets to the basket, he’s very difficult to stop. The aforementioned functional strength plays a significant role in this department, as does his superior athleticism in other areas; Okoro is an extraordinarily explosive athlete as a leaper (19 dunks) as well. However, most intriguing is his ability to finish through both traffic and contact.

Wow, Isaac Okoro. What a play. Sharp between the legs + change of direction to get to the rim, impressive finish in traffic pic.twitter.com/uqBtATqnei

The wing made 67.8% of his 149 attempts at the rim this season, per barttorvik.com. Additionally, he draws fouls at a very high level, as is evidenced by his 4.8 free-throw attempts per game and 54.9 free throw rate. Especially for players who aren’t high-level shooters, getting to the free throw line is an absolutely invaluable source of scoring (see: Jimmy Butler). Okoro should be able to make a living at the rim at the next level.

Unfortunately, the most glaring weakness in Okoro’s game is more important than ever: his outside shot. He converted on just 28.6% of his 70 three-point attempts and 67.2% of his free throws. His form isn’t exactly promising, either, and quite a few people have already written him off as a non-shooter at the next level. Even for defensive savants, it’s hard to survive in the modern NBA without a reliable outside shot, especially in the playoffs.

However, not all hope is lost for Okoro. His touch at the rim certainly bodes well for any future shooting development, and it helps that he’s good at just about everything else. While his shooting remains perhaps the biggest swing skill in this class, there are still avenues for him to stick in the league without it.

Isaac Okoro isn’t Andre Iguodala. If he were, he would be locked in as a top-five pick; after all, the 36-year old has enjoyed an outstanding career and is a borderline hall of fame player. There are, however, a lot of similarities in their games. Iguodala, like Okoro, was never a lights out shooter, but he was perennially one of the league’s premier role players because of his elite defense and passing from the wing. Okoro could see a very similar path, and especially in the 2020 NBA Draft, that would be a major hit. 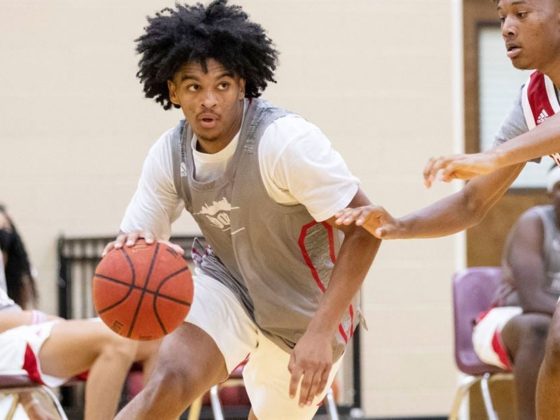 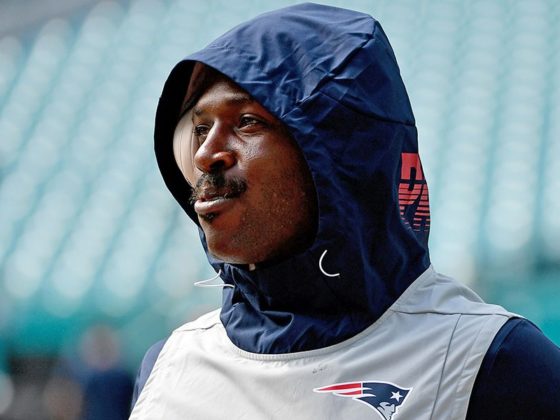