The Houston Rockets have not lived up to expectations this season. They are currently the third seed in the Western Conference with a 42-25 record, having already lost eight more games than last year in 15 fewer outings. James Harden is putting up a historic 36.3 points per game, but on too many occasions, his performances have not led to wins. Despite a tumultuous and inconsistent 2018-19 campaign for the Rockets, they remain the premier threat to the Golden State Warriors in the West.

The Rockets are still not playing as well as they would want to come playoff time. However, they have been fantastic against the Warriors this year. Houston is 3-0 versus Golden State in their three meetings. One of these wins came without Chris Paul and another without James Harden, which arguably makes this number even more impressive. They have been so effective as a team against the Warriors because of their style of play. Coach Mike D’Antoni runs an offense that allows his players to unleash a barrage of 3-pointers on their opponents. The Rockets average 15.5 makes from distance per game on 44.7 attempts, which equates to a solid 34.6 percent clip.

During their three games against Golden State this year, the Rockets shot 36.8 percent from deep as a team. For the last few seasons, the team has held the philosophy that in order to defeat the Warriors, you need to beat them at their own game. It has certainly been a successful strategy for Houston, as over the last two campaigns they have arguably had more success against Golden State than any other team in the NBA. The way in which the Rockets execute on the offensive end makes it very difficult for the opposing team to guard them, even when that team is the Golden State Warriors. Houston’s ability to knock down shots from beyond the arc at an elite rate is key to them pulling off an upset in a potential playoff series.

Along with their effective offensive strategy based on floor spacing, Houston’s array of versatile defenders has given the Warriors issues. While team defense has been an issue all year – as the Rockets rank 25th in defensive rating – they still possess quite a few solid individual defenders. Guys like P.J. Tucker, Iman Shumpert and Austin Rivers are all excellent on-ball defenders. Chris Paul is well known for his elite defense, and James Harden has shown improvement this year defensively, especially as a post defender. Harden has become adept at using his strength to hold his ground in order to keep the offensive player from getting ideal post position.

Possessing a multitude of versatile defenders who can guard the Warriors’ stars would prove to be beneficial in a playoff series between the two teams. Over the course of a seven-game series against Golden State, it is vitally important to have various capable defenders who can contain Stephen Curry, Klay Thompson and Kevin Durant. Houston can disrupt the flow and rhythm of their offense and cause turnovers, which is arguably the Warriors’ only real weakness. Golden State has averaged 14 turnovers per game this season.

Overall, the Houston Rockets’ ability to shoot the ball from deep, along with their personnel of versatile defenders, separates them from the other contenders in the Western Conference. They are well equipped to give the mighty Golden State Warriors a run for their money if the two teams meet this spring. 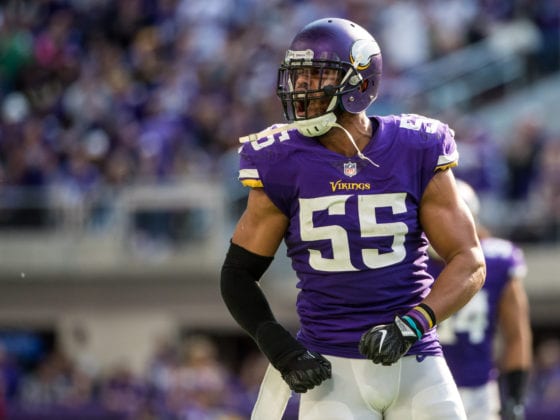