The Half Court Heave is a panel of writers: Two Def Pen Hoops writers, myself, and the most chill writer I could find on Twitter to join the roundtable. Or mailbag. More like a panel. Something of that sort.

The goal of the Half Court Heave is to ask and answer the very pressing questions concerning this thing called basketball. Questions that pop up on the interwebs during the week – on Twitter, Reddit, Facebook, and not Google Plus. And we’ll get them answered for you.

Yes, just for you.

This week’s edition of the Half Court Heave features some dope writers. Here’s who they are, what they do, and where you can block them for their horrendous takes.

JD Shaw: JD is a daily NBA writer at Def Pen Hoops. You can follow him on Twitter @JShawNBA.

Derek Tahara: Derek is an NBA editor and contributor to Blue Man Hoops. You can find him on Twitter @DerekTahara.

And myself, Austin Hutchinson. You can find me on twitter @AE_Hutchinson.

Let’s get this party started.

1.) How does Russell Westbrook’s extension affect the future of the Oklahoma City Thunder?

Russell Westbrook‘s decision to sign his mega-extension with Oklahoma City will play a key role in the team’s chances at contending beyond this season. As Paul George recently alluded to, that’s something he’ll take into consideration once he becomes a free agent on July 1.

The narrative that most players dislike or dislike playing with Russell Westbrook is completely false. Retaining a player who averaged a triple-double *on the season* for years to come will not only have a significant effect on the court, but it will also have a magnet-like effect in terms of capturing free agents in the future.

Additionally, I think for Clay Bennett and Sam Presti this extension is humongous. This proves that they have done their job as a front office by convincing the franchise player to stay for five more years. It also offers their fans the ability to watch him play longer now that Russell Westbrook has committed himself to the Oklahoma City franchise.

Russell Westbrook’s extension is part one of what could have a huge impact on Paul George’s 2018 free agency. If George chooses to stay in Oklahoma City because of a successful playoff run, this could affect LeBron’s free agency decision, especially seeing that Cleveland Cavaliers could offer a better future than the Los Angeles Lakers.

2.) Can you envision a Carmelo Anthony that plays third fiddle to Paul George and Russell Westbrook? What role do you see him having with the Thunder?

I believe Carmelo Anthony will adjust and adapt this season. I saw it during each game of the 2016 Olympics, and I anticipate seeing it again this season.

Anthony understands he isn’t the best player, or even the second-best player, on this Thunder team. The role I envision Billy Donovan using him in is a floor-spreading, catch-and-shoot power forward — much like the way, Ryan Anderson will be used in Houston this season. He’s also capable of being the screen man in sets, whether slipping, rolling or fading.

No, Carmelo Anthony is not Ryan Anderson, and their playstyles are different, but taking a backseat and changing is sometimes what’s necessary to win. Just ask Chris Bosh after he left Toronto in 2010. We’ll see him isolate from time to time, no doubt, but it won’t be regularly.

I can imagine Carmelo playing third fiddle to George and Westbrook just because he would get a lot of open looks with the penetration and gravity those other two stars provide.

However, I can’t see Carmelo playing third fiddle to George and Westbrook because of his style of play and mentality of his game won’t allow that to happen. Anthony needs the ball in his hands, for the most part, to be successful and there could be some tension between the stars about shot distribution. The role I see him having with the Thunder is a go-to scorer when the offense bogs down. He has all of the offensive skills to be that player and with the other two stars, he should have room to operate. Anthony would have the role that Durant has with the Warriors now. It is basically a clear out, isolation play. Give him the basketball and let him go to work on his defender.

The role I see him having with the Thunder is a go-to scorer when the offense bogs down. He has all of the offensive skills to be that player and with the other two stars, he should have room to operate. Anthony would have the role that Durant has with the Warriors now. It is basically a clear out, isolation play. Give him the basketball and let him go to work on his defender.

Carmelo Anthony will not be third fiddle for the Thunder. If anything, Paul George will take on the role of a glorified spot-up shooter. Anthony will have the opportunity to be “Olympic Melo,” playing unselfish basketball without the basketball, but his desire to do so remains unseen.

3.) Are you surprised by the change in the Draft Lottery odds? Does this fix tanking?

I’m not surprised in the least. This is something people around the league have been working to tackle for years, not something that was just raised last month. Does this fix tanking? We’ll find that answer out in seven months. Personally, I don’t think there is a ‘fix’ to tanking – it’s a heavy word. Could this be an improvement? Certainly.

I am not surprised by the change in Draft Lottery odds. There have been several years that teams that should have got the #1 pick did not get it because of the ping pong balls. I think it is good that the worst teams will not have the best odds for a top-five draft pick. The middle section of the draft has an increase in odds and I think that’s important because they shouldn’t go down. The teams in the middle should either increase their odds of getting a high draft pick or stay the same.

I do not think this fixes tanking because scouts from teams will always tell the teams who are doing the worst which college players are the best prospects. The bad teams want a reason to lose games and these top college basketball players give them that reason to continue to “tank.”

It’s not a surprise necessarily, and it also didn’t get the news coverage something this big should. Being the worst team in the league is no longer a way to absolutely have the first pick. That being said, this doesn’t eliminate tanking. It’s still rewarding losing.

4.) The Golden State Warriors lost to the Denver Nuggets in preseason basketball Saturday evening. How much stock do you put in these games?

This is such a great question. First of all, there is a mass misconception about preseason basketball – players try. They give a damn. They’re not warming up and taking the court to lose, and I don’t know where that theory first originated from.

However, and this is a big, however, coaches and team personnel are very cautious in their approach to the game. You won’t see starters or prime veterans playing at the end of games in most cases (unless you’re being coached by Tom Thibodeau). The risk of injury is real, and these games don’t count in terms of

The risk of injury is real, and these games don’t count in terms of team record. But they’re necessary to build continuity and chemistry, and after sitting courtside at four of them last fall, I can tell you the energy, adrenaline, raw physicality and emotion is still present. The players care, but the wins and losses should be taken with a grain of salt. Coaches give players 20-to-25 minutes a night. I’ll wait until October 17 before looking into records.

I don’t put that much stock into the first couple of games because this is the first time they’re playing a full 48 minute basketball game and some of the players need to get their conditioning and stamina up for the season.

However, as the preseason comes along, I start to care more because it gets closer to the actual season. Additionally, it gives me a glimpse of how well their offensive plays are run and how they play on defense as well. I like to keep track of how much in shape the players are for the start of the regular season.

For basketball junkies, these games do matter. Some starting jobs are lost and won, as well as rookies seeing air time playing at an NBA level. They are games, but they’re still preseason. They don’t count, but they do have a purpose.

5.) What’s your favorite storyline coming into the 2017-18 regular season?

Just give me a Thunder-Warriors Conference Finals, please. Just one more time.

I think my favorite storyline coming into this year’s regular season is the adjustment period for Kyrie Irving without LeBron being by his side. Although Kyrie wasn’t with LeBron in his first few years in the league, he has grown as a star player and it will be interesting to watch.

I think Kyrie not playing with LeBron this upcoming season will show how much he has truly grown as a player. In addition, it will be fun to see how Brad Stevens uses Kyrie in his offense and how he can help him shore up his defensive inefficiencies. I can’t wait for the Celtics to play in Cleveland as the opening game.

My favorite storyline is most definitely the Philadelphia 76ers. How Ben Simmons and Joel Embiid mesh, along with the troubles of Markelle Fultz’ shot, will create a media storm. It’s going to be very fun to watch. 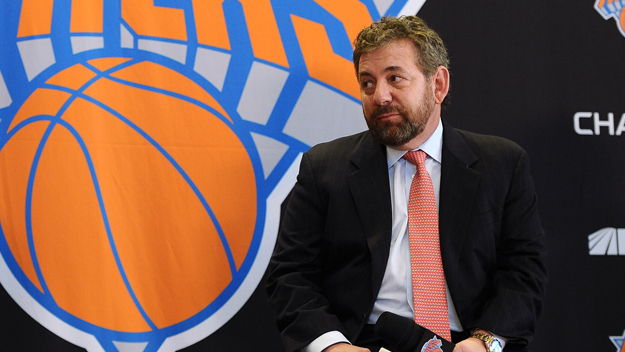 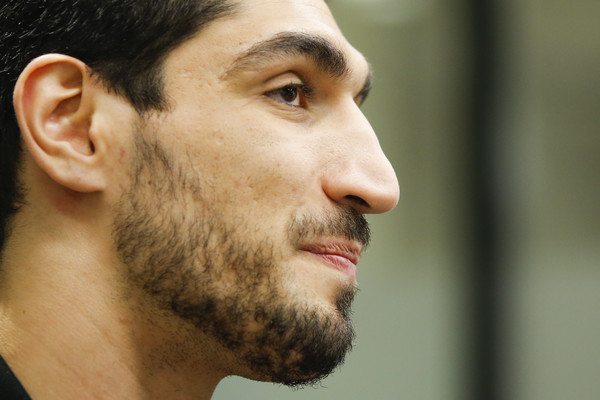 Enes Kanter On National Anthem: “I Would Have Taken The Knee”