James Gunn may be gone from the Guardians of the Galaxy, but apparently, his script is not.

Guardians star Chris Pratt confirmed that Gunn’s script for Guardians Vol. 3 is still in development at Marvel, despite the fact that Gunn himself was fired from the project by Disney after old offensive tweets reemerged on Twitter last summer. Presumably, others will rework the material now, but Pratt did tell MTV News that Gunn’s original script for the movie is “off the chain” and “so good”:

Since being dismissed from Guardians Vol. 3 — a franchise he transformed from an obscure Marvel series about a group of oddball aliens into one of the biggest movie franchise on the planet — he’s gone over to Warner Bros, where he’s working on a script for a Suicide Squad sequel (or reboot; it’s still unclear how his movie will relate to the first one). It would be pretty surreal if Gunn’s Suicide Squad and Guardians Vol. 3 wound up coming out around the same time, and he effectively wound up competing with himself. It will also be interesting if that does happen, to see which movie makes more money; the old Gunn or the new Gunn. That would be one of the all-time intense DC vs. Marvel battles ever. 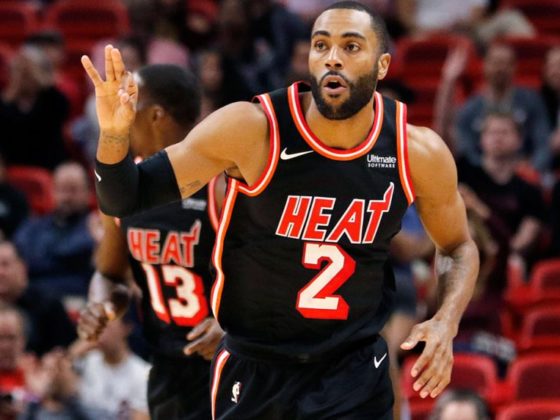 REPORT: Wayne Ellington Waived by Suns , Will Sign With Detroit

LeBron James: East Teams Adding Talent Because ‘They Ain’t Gotta Go Through Me’