Inauguration Day was full of “firsts” and historic moments. One of the more overlooked “firsts” of the day occurred in the James S. Brady Briefing Room. After President Joe Biden and Vice President Kamala Harris were sworn into office, White House Press Secretary Jen Psaki led the first press briefing during the Biden administration. Given the unusual nature of the Trump presidency, Psaki’s approach to press briefings was sure to be different than those of her predecessor. During her briefing, she promised to restore “transparency” to the White House.

“Rebuilding trust with the American people will be central to our focus in the press office and in the White House every single day,” she said.

“[I will commit to] sharing information even when it is hard to hear.”

Psaki’s departure from the norms of the last four years drew praise. From journalists to members of Donald Trump‘s family, everyone seemingly showered Psaki with compliments.

Tune in for the first press briefing of the Biden-Harris Administration with Press Secretary Jen Psaki. https://t.co/psa19eCLQa

“Jen Psaki is blowing me away,” Mary L. Trump tweeted.

“It’s so crazy watching a White House press briefing that is not just a bunch of journalists being grossed out by an extended presidential ego fluffing while OAN cheers,” John R. Stanton of The Gambit added.

Press briefings in the near future will be much more difficult for Psaki and the White House communications team. With an impeachment trial looming and more bizarre Trump events to come, Washington, D.C. will be at the center of the world for weeks to come. 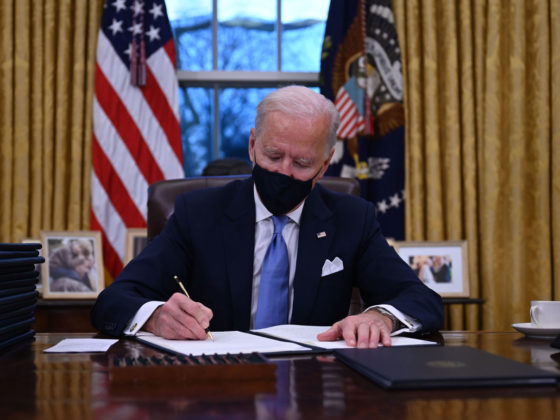