I woke up this morning with a three-way call from Buddy Hield and Bad Beats. They were sure to let me know that they will be nowhere near the three NBA games today. That is always good news for us bettors. Let’s dive into my three favorite plays for the day!

The Greek Freak goes bonkers on the boards against the 76ers. Over his 25 career games against Philly, he averages just over that o/u 10.5 line at 11 rebounds, but if you dig a little bit deeper you will find that he has cashed this over line in nine consecutive contests against the 76ers. You would have to flip your calendar all the way back to 4/11/2018 to find the last matchup where Giannis didn’t reel in at least 11 rebounds against Philly.

Over the impressive rebounding stretch against the 76ers, the least amount of boards he has secured in a single game is 13 (4/4/2019). After doing a little math, we come up with an average of 15.8 rpg for Giannis over that nine game stretch. Needleless to say, his rebounding against Philly is quite impressive.

I do understand that Andre Drummond is controlling the paint for Philly and he could see a dip in rebound production, but with the key absences for both squads, (Khris Middleton, Tobias Harris, Ben Simmons, Brook Lopez, etc.) someone has got to come down with the rebounds and I don’t see why it won’t be the Greek Freak.

This line is another hidden gem where the player has had a nice stretch against the opposing team. Over the last six contests against ATL, Ingles has hit the over-assist line in five of the last six. The only game where he failed to do so was the most recent contest earlier this season (3 assists).

Adding to the fact Ingles has had recent success passing the ball against the Hawks, Atlanta allows a lot of assists. They rank 27th in NBA in assists allowed, giving up 26.1 dimes per contest.

With the Jazz being at home, I’m expecting a good offensive night for the Jazz. As a result, you get more Ingles assists. Ingles also records assists at a higher clip at his home court. Averaging 3.7 assists at home versus 3.0 assists on the road. Out of the four home games they’ve played this year, Joe has hit the over in three of those four. With that only under cashing in the first game of the season (doesn’t count in my book).

At plus money, this line is too good to pass up. All of the numbers lead to expecting at least four dimes for Ingles and I think it happens tonight against the struggling Hawks.

When betting on the NBA, looking at consistent stat producers is key when choosing what lines to play. CJ McCollum is one of those guys. For the past three seasons, he has been a reliable three-point thumper for the Blazers. Over the course of his career, McCollum is nearly a 40% (39.8%) shooter from beyond the arc. That is about as consistent as you can get.

McCollum currently ranks 3rd in the league in three-pointers made a contest (3.9), only behind Steph Curry (5.2), and bad beat legend Buddy Hield (4.4), while also ranking 5th in the league in volume beyond the arc (9.6 3pa).

He has cashed the over in 8/10 contests so far this season and has fallen on each side of the o/u line once against the Clippers this season. He only sank two in the last contest against the Clipps, but you would have to date all the way back to 2019 to find two straight games where CJ finished less than three threes against LA.

With McCollum coming off of a poor shooting night in his last outing (1-10 against the Lakers), I see a big night on the horizon for CJ. If the volume is there, a bounce back night is in store.

The line isn’t necessarily pretty with -150 odds (FanDuel), but a wise man once said, “the juice is worth the squeeze.” – Timothy Olyphant 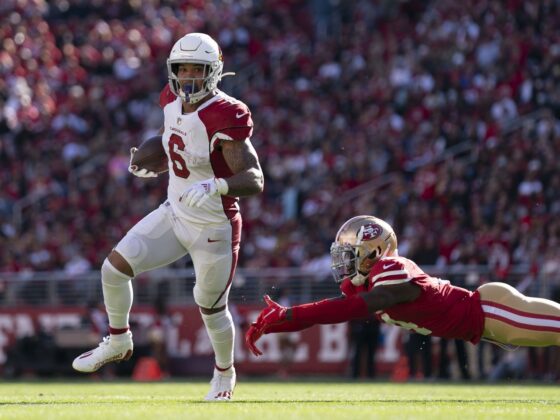 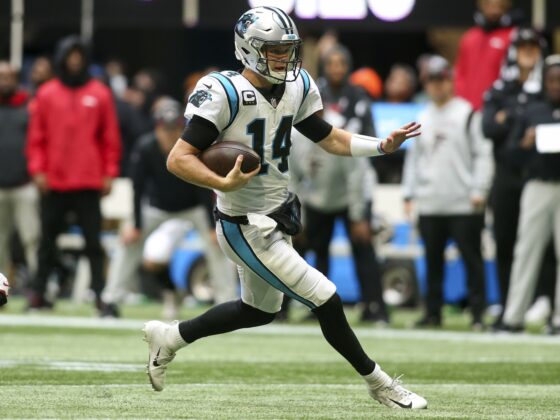