Can you imagine if Cookie Lyon had her own show?

“I think there is going to be a spin-off from Empire, without question. There’s so much ripe story that we’ve talked about, about Cookie’s family.”

After the panel, Daniels added that the series would explore Cookie’s upbringing in Philadelphia:

If you don’t know, Star is Daniels’ other potential new series, which was officially announced today as a pilot order.

Though not directly tied to Empire, the show is inspired by the first show’s success and will be another musical drama, about three impoverished girls who move to Atlanta to try and find success.

The lead character—whose name is Star—is white, and another member of the group (her sister) is half black and the final member is black.

“Star is white and she’s thrown into a world of blackness,” he said. “Where Empire was based on dynasty, Star is like TLC, Dreamgirls, The Supremes—that world. It’s that world meets Good Times. It’s the making of a girl group.”

Based off of that, we think Star will be interesting.

You can catch Cookie and all of her fabulousness when Empire returns to Fox on Sept 23! 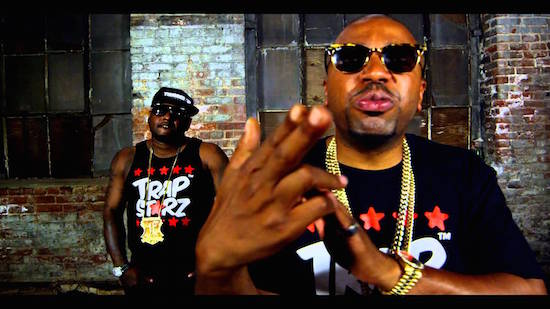 Future Previews ‘Where Ya At’ Video Featuring Drake