According to an arrest report and reporter Mickey McCanham, Eastern Michigan Eagles forward Emoni Bates has been arrested and charged with two felony gun charges. The 2023 NBA Draft hopeful recently left the Memphis Tigers program and transferred back home to the Eastern Michigan Eagles. According to reports he was pulled over in Superior Township and deputies found a gun in his vehicle. Bates is currently being held in the Washtenaw County Jail and is facing two firearm felonies. More information about the incident will likely come out later and there is no word on how this will impact his college basketball career.

BREAKING / EMU basketball standout Emoni Bates is being held in the Washtenaw County Jail in connection with a criminal investigation.

Last season as a member of the Memphis Tigers, Emoni Bates averaged 9.7 points, 3.3 rebounds, and 1.3 assists per game. He paired those numbers with a field goal percentage of 38.6 percent and a three-point percentage of 32.9 percent. Bates left the program for a short period when he grew frustrated with his role on the team, but returned for the 2022 NCAA Tournament. He was set to play at Eastern Michigan this season, but now that could be in doubt.

More detail is needed, before Eastern Michigan, the NCAA, or even the NBA can move forward with decisions about Emoni Bates. The legal process will likely need to play out first, but time is limited with the 2022-23 college basketball season quickly approaching. We here at Def Pen Sports will update this ongoing story when decisions are made and the legal process comes to a conclusion. 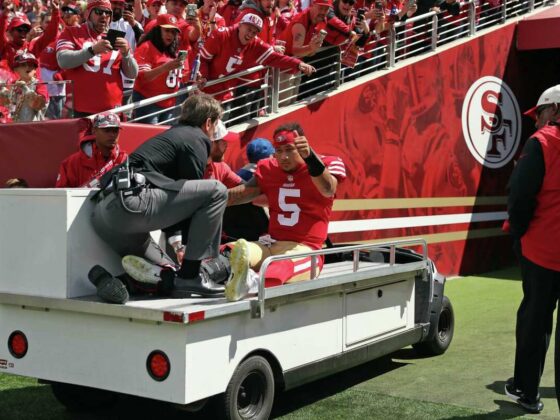