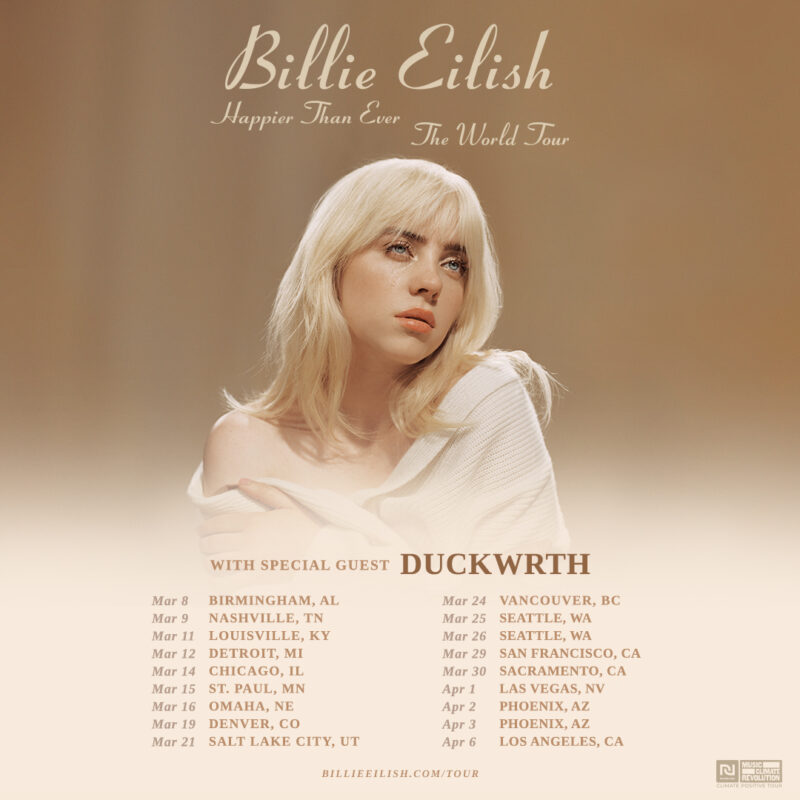 Best-selling artist Billie Eilish has added DUCKWRTH to her upcoming “Happier Than Ever” tour. This fall, the impeccable duo will make stops in Birmingham, Nashville, Louisville, Detroit, Chicago and several other cities in March and early April. Also, Billie Eilish plans to feature artists like WILLOW, Arlo Parks, Jessie Reyez, Jungle and Girl In Red throughout the tour.

Beyond his shows with Billie Eilish, DUCKWRTH has announced his headlining U.S. tour this fall. Beginning September 8, he will make stops at iconic venues like Paisley Park, The Roxy and Bowery Ballroom. Fans are encouraged to grab their tickets quickly as shows in Los Angeles, New York, Atlanta, Boston, Oakland, and Chicago have already sold out.

Beyond touring with Billie Eilish around the country, DUCKWRTH will also be releasing his next project, SG8*, on September 3. It will feature production from Loshendrix and WaveIQ. He describes his upcoming effort as “an ode to post-pandemic joy and rising above the inherent anxiety associated with the era.”

While we wait for the album and tour, DUCKWRTH is keeping his fans going by dropping “Settle The Score” with Cordae and “4K” with Phabo. Not to mention, the video for “4K” is arriving sooner than you’d think. 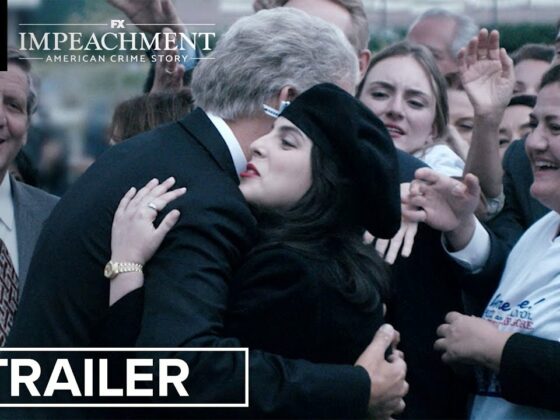 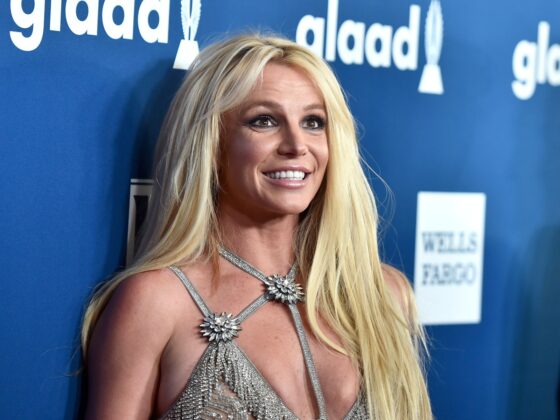