In March 2018, I wrote a column titled ‘This Year is Different: It’s Time to Take the Toronto Raptors Seriously.’

Narrator: That year was not different. It was not time.

Just over a year later, the Raptors once again claim to be – you guessed it – different. This time, the changes are more obvious. They replaced their head coach, traded two of their three longest-tenured players, and brought in arguably the most talented in-his-prime player in franchise history, Kawhi Leonard.

Last year, Toronto fans, media, and the team itself felt more confident than ever about the Raptors’ chances of making a deep postseason run. But they failed more embarrassingly than ever, getting swept in the second round of the playoffs despite having homecourt advantage.

After a five-year run consisting of so many playoff disappointments, how can Raptors fans bounce back from that of last May, the biggest one yet? Surely, they can’t help but worry about the team’s upcoming playoff run, which could have huge implications for the franchise’s future…right?

“It’s weird how confident I feel because, like, it’s the Raptors – you should never feel totally confident,” says Sean Woodley, writer at Raptors HQ and host of the Locked On Raptors podcast. “I don’t feel the same trepidation I would have with past playoff Raptors teams.”

Make no mistake, though: For Woodley, this is cautious optimism.

“I feel like there will be a little bit of caution in everyone’s minds until it’s not warranted anymore,” Woodley says. “Even if, on paper, this is an entirely different team, there’s always going to be that little nagging thing in the back of your mind.”

From an objective point of view, it seems silly to worry about this Raptors squad based on the franchise’s past shortcomings. They have new starters at every position except for point guard. They’ve added Leonard – an MVP candidate prior to his injury-plagued final season in San Antonio – and an excellent 3-and-D wing in Danny Green. To top it all off, Pascal Siakam has blossomed into a borderline All-Star.

But many – or perhaps most – Raptors fans don’t think objectively.

“There’s going to be anxiety no matter what,” says John Chick, an NBA editor at TheScore. Chick grew up a Raptors fan, but he’s come to see the team from a more neutral perspective after covering the NBA for about a decade.

“I think that Raptors fans should go into this a lot more optimistic than they have in the past,” Chick says. “It’s just because we’re dealing with the Raptors, and we’re dealing with a fatalist fan base, we’re going to have these questions.”

Adam Corsair, host of the South of the 6ix podcast and head editor of SouthOfThe6ix.com, exemplifies Chick’s characterization of Raptors fans. Like many in the fan base, Corsair sometimes has difficulty separating the scars of past Raptors disappointments from their current situation.

“The realist in me, just the NBA fan in me, wants to say, ‘Yeah, totally, they can do it,’” says Corsair, regarding a potential Finals run for Toronto. “The Raptors fan in me wants me to tug on my leash a little bit and just wait until we get there.”

Chick says that the top of the Eastern Conference is a toss-up and the Raptors have a legitimate shot at making their first-ever NBA Finals appearance. According to FiveThirtyEight’s prediction model, the Raptors have a 44 percent chance of making the Finals, one percentage point higher than the Bucks’ number.

Mike Bossetti, a freelance writer and Toronto Raptors co-expert for Raptors Rapture, didn’t grow up a Raptors fan. Bossetti lives in Ohio, so he understands fan paranoia, having seen the torment of Cleveland sports fans up close. But watching from outside the Toronto sports bubble, Bossetti doesn’t feel the fatalism that Chick talked about. He says the Raptors are the “non-majority favourite” to win the East, though their inconsistency has been a bit troubling.

“It seems to have a lot more ups and downs than last year,” Bossetti says. “With that being said, this team has a much higher ceiling.”

That ceiling has been talked about every step of the way. It’s still a question whether the Raptors will reach their potential, but they’ve showed signs of life lately. Their net rating has jumped to third in the league after lingering outside the top-5 for much of the season. All of their passing metrics have improved since the acquisition of Marc Gasol. Perhaps most importantly, the team now ranks seventh in 3-point percentage and No. 1 since the trade deadline, after ranking 25th through the end of December. Shooting was one of the biggest concerns that I outlined two months ago, just before the Gasol trade.

If there’s reason to believe that this year – as many people thought last year – will feature a breakthrough for the Raptors, it comes down to one word: Talent. Not everyone is confident that this Toronto team will get over the hump. But for those who are, the optimism is inspired by Leonard and the deal that has left its imprint all over the Raptors during the past nine months.

“A lot of it is just Kawhi,” says Woodley, who reiterates his love for DeMar DeRozan but says Leonard is superior in many ways. “I know experience is maybe a little bit overblown, but this team has been there, and it has Kawhi.”

Leonard has certainly been there. He and Green made two Finals appearances in San Antonio. Leonard won Finals MVP in 2014, defending LeBron James at a high level and averaging nearly 24 points on a ridiculous 68.6 percent shooting from the field over the series’ final three games, all wins for the Spurs.

“Kawhi is the X-factor,” Corsair says. “As good as he’s been throughout the entire season, we haven’t seen full, 100 percent balls-to-the-wall on the court Kawhi Leonard yet. And I think that once we see that, it’s going to, hopefully, change the entire perception of how we view this team.”

Playoff Kawhi is going to be something, man.

Just two years ago, Leonard had the best playoff series of his career, scoring about 31 points nightly on an absurd 71.5 percent true shooting as the Spurs beat the Memphis Grizzlies in six games. San Antonio was on its way to a Game 1 victory against the Warriors in that year’s Western Conference Finals before Leonard hurt his ankle. Though the end of that playoff run was disappointing, Leonard’s stats and defensive prowess were staggering in his 12 postseason games.

“When the playoffs come and the games matter, you need that high-end talent, which Toronto has this year, which they didn’t in previous years,” Bossetti says.

Alas, confidence is always frail within the Raptors’ fan base, as Alex Wong detailed in The New Yorker just before last year’s playoffs. “Even during successful years, there’s a looming fear that it is all going to come crashing down,” ESPN’s Zach Lowe described it to Wong.

Even if the Raptors had won something like 65 regular-season games and had no red flags, Chick thinks that a lot of fans would still be second-guessing them. “They’d be scared totally s—less of what was going to happen in the playoffs,” Chick says.

But when the team is coming off a 59-win season, in which many people finally picked Toronto them to make the Finals, only for everything fall apart – is it that hard to blame fans for being wary?

“We’ve been conditioned for so long, as Raptors fans, to feel and anticipate this barrier,” Corsair says.

One person who most certainly detests that barrier: Raptors team president Masai Ujiri. At a media day press conference to begin the current season, Ujiri had a message for fans and media, regarding the narrative that star players don’t want to play for Toronto: “Believe in this city. Believe in yourselves.”

Maybe Ujiri’s statement wasn’t just about re-signing Leonard or keeping stars in Toronto. Maybe Ujiri was telling the team’s fans not to dwell on the failures of the past. Maybe it’s time for Raptors fans to finally shed the anxiety, paranoia, and caution that’s prevented them from ever fully believing in the team.

Masai Ujiri – “The narrative of not wanting to come to this city is gone. I think that’s old and we should move past that. Believe in this city. Believe in yourselves.” pic.twitter.com/ZaTzXxbLqx 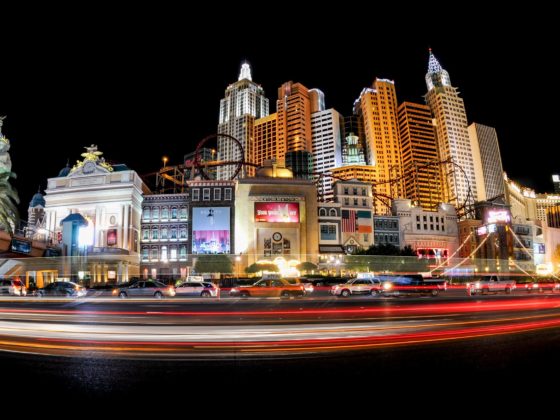 The Legality of Online Casinos in the USA 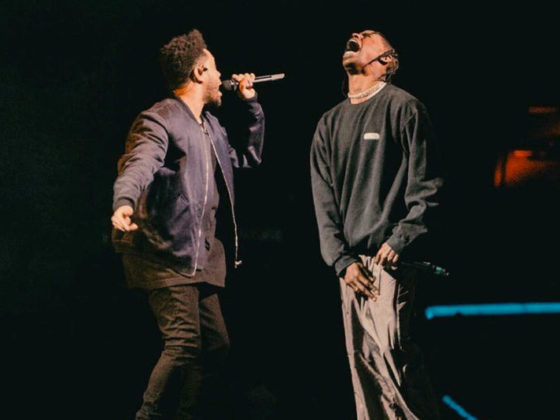 The Weeknd, SZA & Travis Scott To Release New Song For ‘Game of Thrones’