We are two games into the NBA Finals, and as many predicted, the Cleveland Cavaliers have struggled. Game one could have gone Cleveland’s way if not for a historic gaffe, but a lot has gone wrong for the Cavs in both games.

The Cavaliers biggest problem has been that they have not been able to maximize the rotation of their swingmen. Kyle Korver has been a disaster in the finals. Jordan Clarkson (although not technically a swingman) has looked like a guy who may end up going to China. In addition, we have not seen Rodney Hood or Cedi Osman (minus some garbage time minutes in game two) which is bizarre given the circumstances. JR Smith’s error in game one is what has received all the coverage, but even beyond that, his play hasn’t exactly inspired.

Essentially, the Cleveland Cavaliers are getting nothing from their two-through-four positions outside of the King, and this is concerning given the fact that wings are what win you games in the modern NBA. The Cavaliers’ bigs are playing at an acceptable level, and George Hill has been as good as you can expect. But elsewhere, it has all hit the fan. Let’s look at what has gone wrong for the Cleveland Cavaliers swingmen and potential changes they could make.

Kyle Korver is one of the best shooters of all time, and outside of LeBron James, you could feasibly argue that he is the Cleveland Cavaliers most potent offensive weapon. The threat of Korver coming off a screen causes defenders to bunch up quickly and fight through screens, and this creates driving angles for a second cutter to get into open space. Korver was hot and cold in the earlier rounds, but he at least caused opposing defenses to get a headache, and this improved the performance of other Cleveland players on the court.

In the first two games of the Finals, Korver has taken only three shots from beyond the arc, making just one of them. To put into perspective how ridiculous these attempt numbers are; before the finals began, Korver was averaging over six attempts per game. It is clear to see without even watching the tape that the Warriors have completely nullified Kyle Korver.

When I sat down to re-watch the games, I expected to see the Warriors over-extending themselves to try and stop Korver, an aggressive approach. What I found was that the Warriors were not really doing anything they don’t normally do to stop shooters. They were fighting over screens, aggressively attacking handoffs, and trying to keep Korver pinned to the corners. Essentially, what I found was that the Cavaliers were not using Korver enough, and they were using the same two sets over and over to try and get him into the game.

Below was the first play involving Kyle Korver, which was really foreshadowing what was to come in other sets:

The Cleveland Cavaliers love to get Korver attacking from the right corner on a dribble handoff, but all the Warriors do is switch on the perimeter and make sure that if Korver is going to shoot, it will be from way beyond. Again, this is nothing new, but the Cavaliers can do better to exploit this switch. They need to roll to the basket more and slip into the paint off these handoffs because that is how they are going to have to create open looks on the perimeter. If the Cavaliers are going to solely try and get Korver open on an action that starts and ends outside the three-point line, then he won’t ever get open in half-court situations because of the way the Warriors switch on the perimeter. As with any Cavaliers’ failed play, it ends in a LeBron James isolation, and the Warriors will be more than comfortable with this outcome. If the Cavs want handoffs to work, they need to have people move into the paint, as opposed to having everyone flock away from it. The Warriors are going to stand firm and push them away from the three-point line. You have to create defensive movement elsewhere.

Things didn’t get much better for Korver as he continued to suffer from a lack of schematic diversity and creativity. Below is another basic way the Cavaliers try to use their shooters, a horns set where the bigs move towards two shooters in the corners and set a screen to get them moving uphill:

This play worked against the Pacers, the Raptors, and a young Celtics team. But it is not going to work against Golden State. To free up shooters, you need to have tons of player movement, and you need to try different things. The Cavaliers are not going to free up Korver in this manner unless they force a double team somewhere else, and standing around in a horns set won’t get it done. Setting a screen near the corner is perhaps the most basic way to free up a shooter. It’s not going to work against a Warriors team where nearly every player is an above average defender. Even if Larry Nance sets a better screen, Korver still has a defender in his face immediately. Again, the Cavaliers can fix this by perhaps slipping to the basket more, or even using fake screens, something that in my opinion teams don’t do enough.

Having watched all of Korver’s minutes back, I’m not sure that he is doing much that is outrageously wrong on the offensive end. He is just being used in too simple of a manner. The Warriors are rarely, if ever, going to get beaten by a simple screen for a corner three, and the way they defend handoffs means that the two ways the Cavaliers want to use Korver are nullified. They need to diversify their actions, potentially using flare screens more, but the reality is they need more player movement. Korver rarely got open in game two, and the only times he really did was when the Cavaliers slipped or rolled to the basket. Larry Nance’s minutes were a real positive, and I feel if Cleveland can space the floor and get him cutting more, they will open things up on the perimeter. Against an elite defense, this is really the only way to get Korver going.

When you look at how poorly the rest of the Cleveland Cavaliers wings have played, it becomes even more baffling that we have not seen much of Cedi Osman in the post-season. Osman is a reliable shooter with a good understanding of half-court systems. He is an excellent cutter and he is one of the best on Cleveland’s roster at executing “wrinkles”, which are secondary actions after the original one breaks down. “Intelligence” is not a word you would use to describe Jordan Clarkson or JR Smith’s games, so Osman could potentially give Cleveland a bit of spark against one of the NBA’s best defensive units.

Something else Osman brings is intensity on both sides of the ball. Osman’s defensive intensity is the main reason he became such a fan favorite in February. But his insistence on always trying to do something on offense is something the Cavaliers could desperately need at this point in the series.

Jordan Clarkson throughout his career has been able to provide a spark, but he has often done it in meaningless games on bad Lakers’ teams. His game is really built on using a high screen and charging or shooting a pull-up jumper. No player on the Cavaliers roster (bar LeBron James) should be doing this, and giving Clarkson’s minutes to Osman needs to happen sooner rather than later. Osman would allow Cleveland to have intelligence, intensity and reliable bench minutes. The Clevland Cavaliers need all of that.

Even if you overlook what happened at the end of game one, JR Smith’s minutes for Cleveland have hardly been anything to write home about. He has looked inconsistent from beyond the arc, and his insistence on taking bad shots means that Cleveland has two offensive black holes in the form of him and Jordan Clarkson.

On Tuesday afternoon, Tyronn Lue announced that Rodney Hood would be getting a bigger opportunity in game three. This is a progressive move from Lue and one that makes a lot of sense given how the Cavaliers wings have struggled to provide anything in the half-court offense.

Tyronn Lue: "We're going to give Rodney (Hood) a chance, see how he does."

Rodney Hood may still be in the doghouse for refusing to enter a game against the Raptors, but his well-rounded nature on offense is something Cleveland could use.  At his best in Utah, Rodney Hood was used as a jack-of-all-trades on offense, ranking well as a pick-and-roll ball handler, a spot-up shooter, and a cutter. Hood ranked in the 79th percentile as a PnR ball handler and the 67th percentile as a spot-up shooter. He looked as if he was going to be a secondary contributor for the Cavaliers.

All three of these things, plus steady defense, will provide a mega boost to the Cavaliers, who keep having to rely on streaky players that are either going to get instant buckets or completely useless. Perhaps committing to more steady and consistent players such as Cedi Osman and Rodney Hood is the way back into this series for the Cleveland Cavaliers, who need answers quickly. Their inconsistent wing play is sinking their chances in the series, but some minor tweaks to the Cleveland Cavaliers rotation and play style could get them back on track. 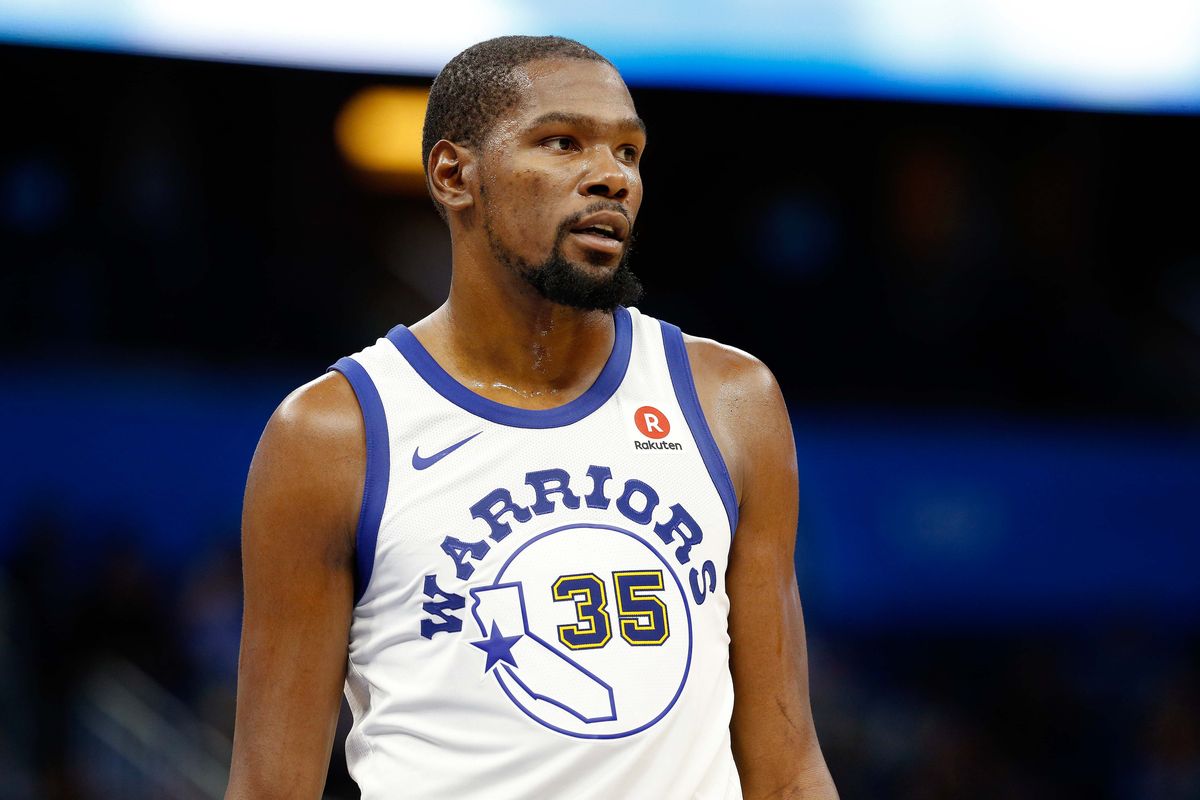 Kevin Durant: ‘Validation From Peers’ Played Role in Decision to Sign With Warriors 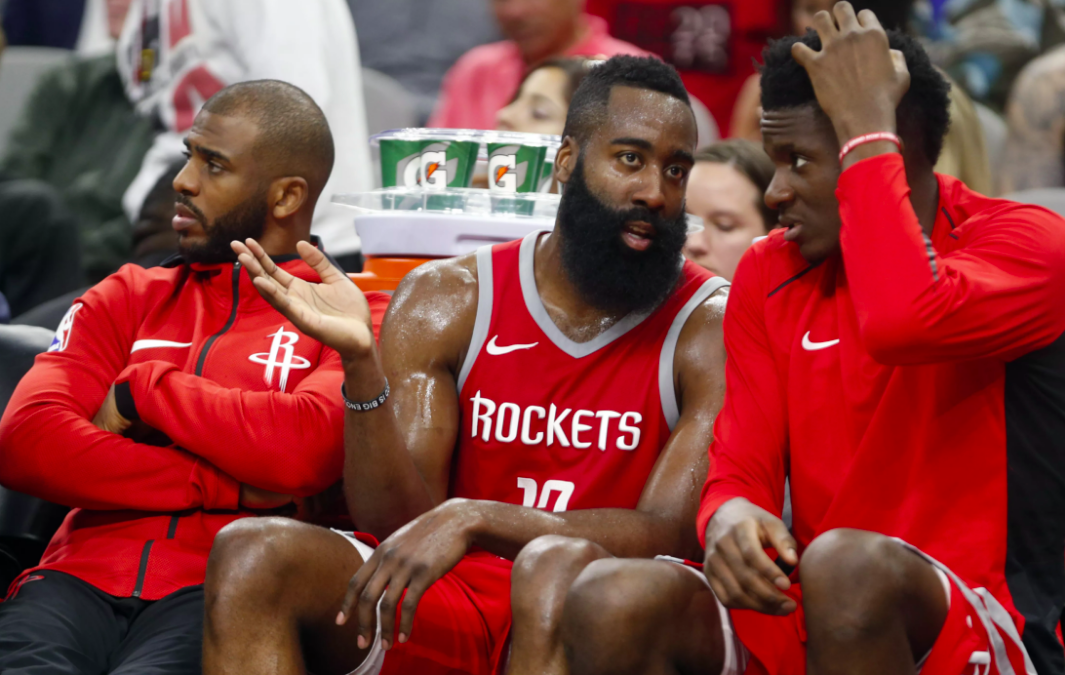