As rapper Casanova readies his forthcoming project Behind These Scars he shares a tracklist including a handful of talented features.

The Brooklyn artist has released two songs, So Brooklyn featuring Fabolous and Come Home featuring Chris Brown ahead of the album.  So Brooklyn launched a nationwide challenge originating in the New York City borough with Casanova encouraging rappers and fans to rep by freestyling, bringing back authentic rap.  The #SoBrooklynChallenge has found participants in Maino, Young M.A. The official video features not only Casanova and Fabolous but cameos from Brooklyn artists including Flipp Dinero, Papoose and more.

First, and Foremost, I am Loving ALL of The #SoBrooklynChallenge Videos. Please Know The Purpose of The Challenge is to: Bring Back Real Authentic Rap, Unite Artist From Brooklyn (as we have become our own worst enemy and competitors). As well As Bring Unity, and Bridge Gaps Between Artists Across The Globe. Lastly, to Provide a Platform, Uncover and Expose Talent of Overlooked Artist and Entertainers. The Videos I Chose to Post Thus Far, Represent Raw Rap and Pain. If You Want to Be Posted, Put Your All Into The Verse. I am Not Reposting Based Upon Affiliation, Clout, Friendship, Social Media Following, or Because You Asked. No More “Hating” In The Comments, Apply Your Energy to The Music! Lets Get Back to The Essence! And most of my so called friends that’s asking me to post them or mad that I didn’t post them never even posted the song “SO BROOKLYN” but they want me to shine some light on them lol STEP THE FUCK OFF YALL KNOW MY BODY..IM “SO BROOKLYN”‼️

The upcoming album Behind These Scars features Gunna, Young Thug, Jeremih, Kaycyy Pluto and Giggs in addition to the aforementioned guest slots. Standing at 10 tracks, Casanova looks to deliver a concise project, claiming the album to be his most vulnerable body of work.

It’s no secret that I’ve been through a lot. This body of work will invite you into my world. My life. My pain. It’s my most vulnerable body of work. I invite you to listen to the story BEHIND THESE SCARS. October 11th. Pre-order available at midnight with my latest track, “Stay Wit It” trust me I’m gonna make all my listeners proud 😏 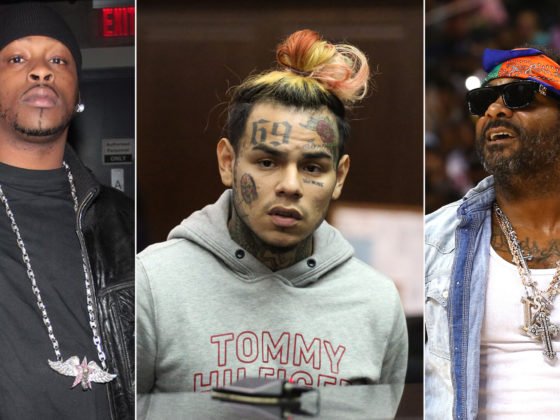