Coming into the season, the Brooklyn Nets were projected to continue their streak as one of the league’s worst squads. It’s a position they have been pinned in since former general manager Billy King gambled their future for the prehistoric, now-retired versions of Kevin Garnett, Paul Pierce and Jason Terry.

However, through shrewd drafting and elite talent development, the Nets are now right back on track. Just over a quarter of the way through the season, Brooklyn holds a 10-18 record, which has them in 10th place in the eastern conference. They certainly aren’t ready to compete in the postseason just yet, but their timeline has been pulled within seeing distance, rather than the never-ending mockery they were before this season.

Prior to his season-derailing injury, Caris LeVert was kicking down the door for the Most Improved Player award and a maiden All-Star appearance. Jarrett Allen has broken out as one of the league’s most promising young bigs, and Joe Harris has become a sharpshooting sniper.

The talent is on show every night in Brooklyn. Without LeVert, there is perhaps no more intriguing talent than their combination of young and exciting point guards in D’Angelo Russell and Spencer Dinwiddie.

The two have different skill sets and different appeals to the fans, but they do have a big thing in common: Both guards are free agents at the end of the season. Dinwiddie, who is currently one of the league’s biggest bargains, became eligible for an extension on December 8. If he doesn’t sign it, he will become an unrestricted free agent in the upcoming summer. On the other hand, Russell is coming off his rookie-scale deal and will become a restricted free agent in the offseason. That means the Nets will be able to match any deal that comes his way, as well as offer their own.

While still in the latter stages of their rebuild, it’s unlikely that Brooklyn will be looking to take both of their guards back on lucrative deals. That leaves them in a situation where choosing one or the other is really the best option. Even if it means the possibility of hindsight biting them in the future.

It’s a tough call, so let’s take a deeper dive into each players case to stay.

After a tough start to his career with the Los Angeles Lakers, the second pick in the 2015 draft has bounced back in the black and white of Brooklyn. Twenty-eight games into his second season with the Nets, he is posting career-highs in points, assists and rebounds per game, all while nailing the best marks from the field and 3-point line he has mustered up in his four-year career.

The across-the-board improvements will unlikely be a surprise for head coach Kenny Atkinson. He was quick to praise Russell when speaking to The Athletic’s Michael Scotto this offseason:

“I think we’ve been good for each other in terms of he’s got a great imagination, a really good IQ about the game. But all the little things you have to do in this league to be a consistent player in the NBA, I think he’s maturing and learning.”

The case for Russell over Dinwiddie starts with his age and budding potential. At just 22 years old, he is three years younger than his counterpart and is already proving that he can be a helpful piece on a team capable of winning games. If there is one thing that all executives are looking for when handing out money, it’s the ability to count on the player for the entirety of the contract. At this point, it seems like Russell is the best bet in that respect.

On the court he has his points of difference, too. As well as holding a higher 3-point percentage, which is handy in this pace-and-space era, Russell is a slightly better and more willing passer. Despite the duo playing almost identical minutes, Russell is currently averaging more assists (5.9 to 4.9) with a higher assist percentage (34.2 to 28.6 percent).

In the pick and roll, he thrives as a passer. With Allen providing a lumbering target, Russell is growing by the game in finding his big man or the open shooters and cutters Allen’s presence creates:

With Russell’s synergy with the Nets’ franchise big, perhaps keeping him around is worthwhile. According to Basketball Reference, seven of Brooklyn’s 10 wins have come when “DLo” gets more than six assists, so when he is dishing well it is clearly conducive to winning basketball.

He is younger, a better shooter and a more productive passer. That’s what Brooklyn gets if they choose D’Angelo Russell in the free agency sweepstakes.

Spencer Dinwiddie might be older than Russell, but at 25 years old, he is still only on the precipice of his prime years. Just like Russell, he has improved every year and is starting to truly hit his stride this season.

Dinwiddie’s 16.1 points per game blows the career-high mark he set last year (12.6) out of the water. Even more impressively, those points are coming on a 46.7 percent clip, eight percentage points higher than the 38.7 percent he converted on last season.

Much of that improvement has come at the rim, where the former second-round pick is hitting a sizzling 70 percent of his shots between 0-3 feet. Before this season, he had never hit more than 61.1 percent. Dinwiddie has become an expert at using his 6-foot-6 size to tower over defending point guards and finish strong at the hoop. His arsenal includes a variety of floaters and layups, and his career-best free-throw rate is evidence of his willingness to fight through contact on those drives.

Rising from a second-rounder who could barely get on the floor in Detroit to a point guard most teams would love to have, Dinwiddie’s work ethic is unquestionable. Unlike Russell, he has also publicly stated his desire to stay in Brooklyn. In an interview with WFUV, ESPN’s Adrian Wojnarowski also confirmed that the Nets are keen to keep Dinwiddie in town if the price is right.

With the deadline for the 25-year-old’s extension coming at the end of June 2019, Brooklyn can offer Dinwiddie a maximum of $48 million over four years, a price that seems fairly reasonable for the production he has ushered in the last two seasons.

Overall, Dinwiddie is a more efficient scorer than Russell. Perhaps more importantly, he is a big-time shot maker, a quality that every general manager is looking for in their moneymakers. According to NBA Stats’ clutch metrics, the combo guard made 32 shots in the crunch last season, which is the 10th most in the league — sandwiched between big-shot makers Jimmy Butler and CJ McCollum.

As you can see below, Dinwiddie has ice coursing through his veins, and he isn’t scared to let it be known:

Effective scoring, the rare clutch gene, and a reasonably priced deal. Spencer Dinwiddie provides all of that. It will be tough for the Nets to turn that down.

In the end, Brooklyn might just wait it out to see if another team is going to offer Russell a big deal or if they can get the budding young star to commit to a cheap contract. If Russell is offered big money, the Nets would be wise to stick with Dinwiddie. If not, the younger Russell might be the way to go. 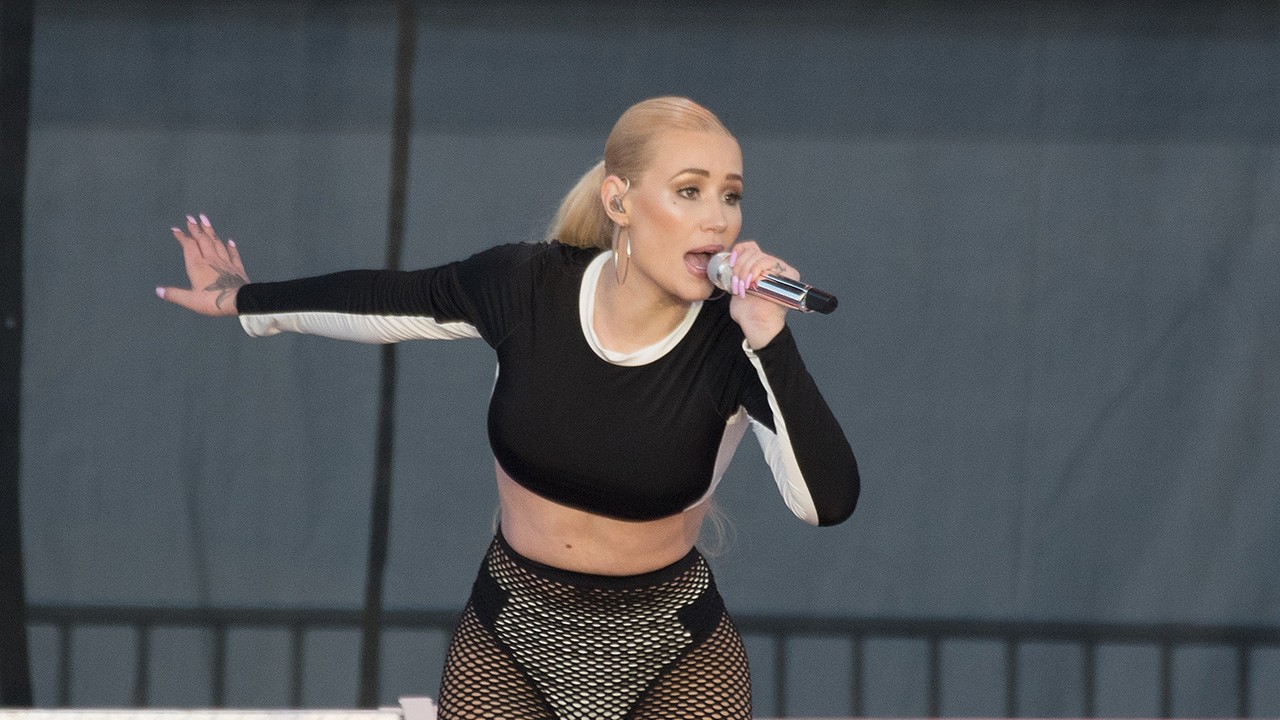 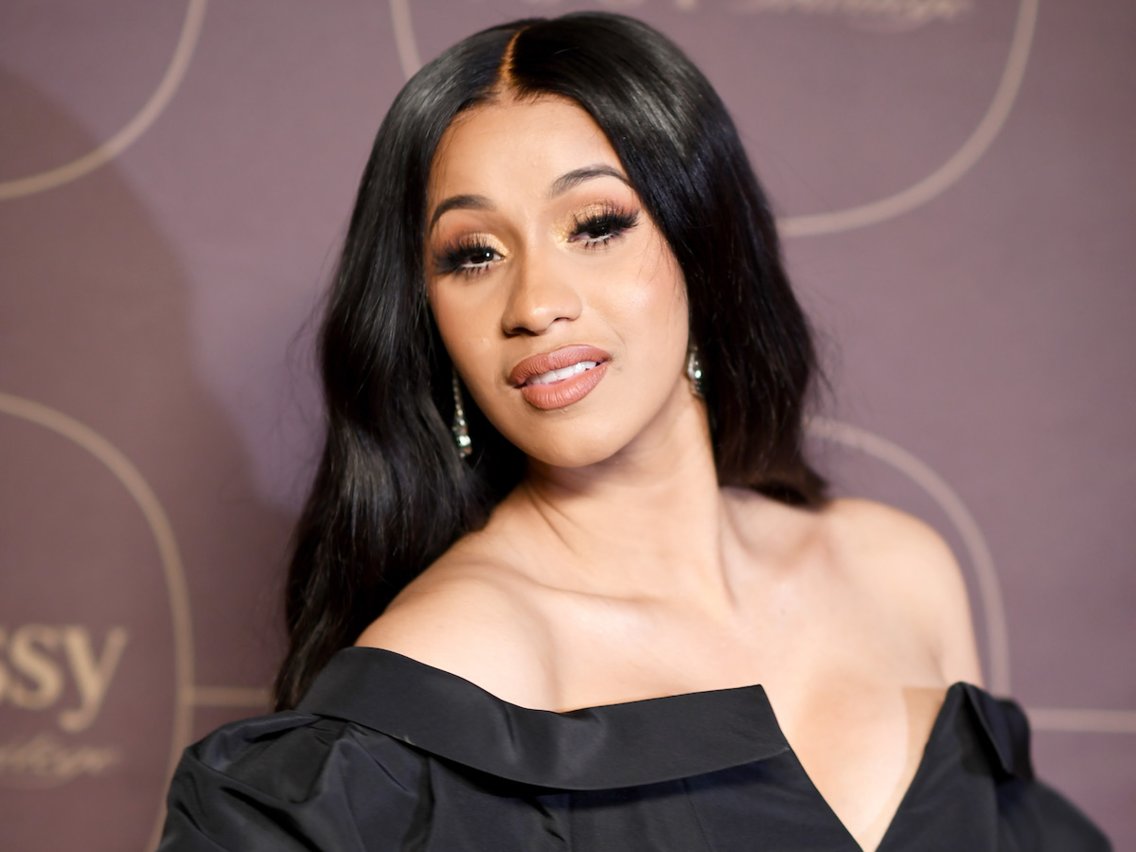 Cardi B to Appear on James Corden’s ‘Carpool Karaoke’