With money to spend this offseason, the Portland Trail Blazers are looking to somehow rebuild their team but not lose sight of the big prize. LaMarcus Aldridge.

They go out on the free agency market to bring in a replacement for Nicolas Batum at the starting wing forward position. Might not be as skilled offensively but Al-Farouq Aminu can bring some great perimeter defense. Something the team might be preparing to lose this summer with Wesley Matthews being a free agent.

Of course, it's Al-Farouq Aminu.

Aminu coming to the Blazers means they are preparing for next season without Wesley Matthews, Batum and LaMarcus Aldridge. He can play multiple positions and that versatility will allow them to possibly bring in other guys that can help in different sport. While you can’t place all of those guys with one player, it’s a good start and they have to use their money somewhere. Why not start with a player that Blazers GM Neil Oshey knows very well.

Headed to Portland with my guy Neil Olshey, who believed in me since day one. Much love Rip city here I come 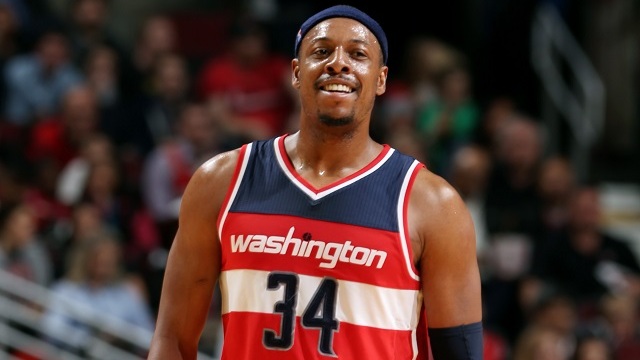