Approximately two weeks ago, Santan Dave hopped back on to the scene with the first single from his upcoming album, We’re All Alone In This Together. In an effort to promote the single and his new album, the award-winning artist caught up with GQ to talk about new music, hopes he has for the remainder of the year and much more. At one point, Dave answered a few questions from fans.

“Who is the most underrated rapper in the U.K. right now?” one fan asked.

In the public eye, Avelino and Dave’s connection goes back a few years. The two have connected on tracks like “U Can Stand Up” in 2018 and “Cassius Clay” in 2019. Each and every time, the two appear at the top of their game and Avelino cements himself as one of the best lyricists in the world.

Recently, Avelino has put his lyrical ability on display through his “Four Seasons” series. He kicked things off in April as he rapped over the “Lemon Pepper Freestyle” production featured on Drake’s Scary Hours II. Now, summer is in full swing and he’s back with the second of the four presumed installments of the “Four Seasons” series. Rapping over more subdued production, the U.K. wordsmith proves yet again why he’s one of the best with words that Dave’s ever seen.

“Even in 2020, I thought my vision was impaired, but I can still see the future and I’ll link you when I’m there. Therefore, forgive me if I ain’t there. Everyone’s time is different from London to Times Square,” he raps.

“Four Seasons” is just a warm-up for what is to come. Avelino has a new project coming out on July 23 called Ego Kills. Prepare for its release with his latest work below. 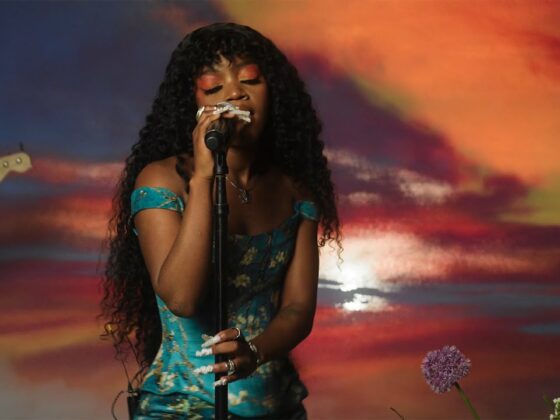