Where To Watch: Hulu, FX

Teaser: “What’s so great in Atlanta that you can’t just leave it behind?” Atlanta: The Final Season premieres September 15 on FX.

“After the globe-trotting tales of Season 3 and the expanding of this world with other characters, it feels nice to be back at home with these four on their own, older, more contemplative, yet still stuck in their own wild adventures. Atlanta ends where it begins, but over these years, Atlanta has shown such growth and evolution, making it one of the most inventive, wholly unique visions on television.”

“After treating Europe as the ultimate example of alien terrain, one in which our heroes are confused by their surroundings and their surroundings are confused by them, the fourth season brings it all back home — and, guess what, it’s still not a world in which they’re comfortable or consistently welcomed. That pervasive unease, equal parts hilarious and nightmarish, maybe Atlanta‘s ultimate commentary on storytelling and on contemporary America. I intend to relish this closing run of 10 episodes, whatever they happen to be.”

“For some fans, Atlanta will have more work to do after these first three episodes to regain its previous status. But there’s something to be said for maintaining a sense of curiosity til the end; that rare feeling, as an audience member, of not knowing what you’re about to see when a new episode rolls out. Season 4 has positioned itself to maintain that sense of possibility while steadying its swing along a particular path. What’s next is anyone’s guess, but you better believe Atlanta will put on a show.”

The final season of Atlanta kicks off tonight with two new episodes. Both are very good.

The two-part premiere stays true to what is "Atlanta" as an idea but drifts away from what we have seen with Season 3. It takes a symbolic icon from the BLM 2020 protests and…..woah! (1/4) pic.twitter.com/2a7aZVebql

Taye Diggs To Host Hulu’s ‘Back In The Groove’ 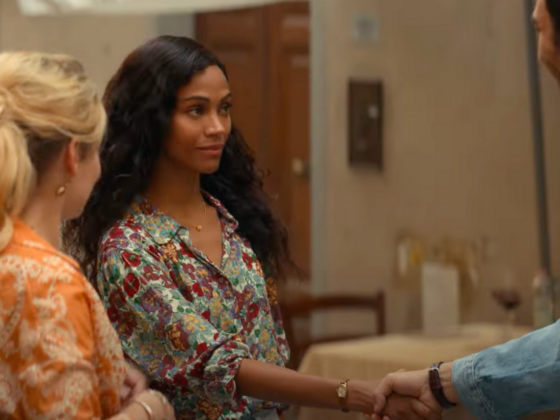