2022 NCAA Tournament: Round One Day Two

The first 16 games of the first round of the 2022 NCAA Tournament are in the books. That being said March Madness has just begun. There are 16 more games today that will decide the final 16 spots in the second round. Those games will take place on Saturday and Sunday and we here at Def Pen Sports will recap the games today, Saturday, and Sunday. The few remaining perfect brackets will surely be busted before the day is done.

The offense came at a premium in the first half of today’s first game. Ohio State may have been the better seed, but the Ramblers are a trendy pick to play “upset” in March Madness. Multiple scoring droughts by both teams led to a low-scoring first half, but some moments were still exciting. Ohio State headed into halftime with a 23-18 lead and the Ramblers were lucky to not be down by more. That being said, it was either team’s game to win.

Heading into the second half it was more of the same, but Ohio State did perform marginally better on offense. The Ramblers just never quite found their rhythm on the offensive end. Ohio State proved to be too big and physical for Loyola Chicago. E.J. Liddell led the way for the Buckeyes with 16 points, 10 rebounds, and 3 blocks in a 54-41 win. Ohio State will play the winner between Villanova and Deleware in the second round.

JABARI SMITH THROWS IT DOWN ? #MarchMadness

The first ten minutes of the game were competitive and it looked like Auburn was going to be uncomfortable for much of the game. 30 minutes more of basketball would showcase Auburn in a different gear. Jabari Smith led the way with 20 points and 14 rebounds. Walker Kessler recorded 13 points, 10 rebounds, and 9 blocks to help Auburn win 80-61. The Tigers will play the winner between USC and Miami.

Montana State was clearly outmatched from the beginning of this game until the end. Texas Tech finished the game with a 97-62 victory behind Terrence Shannon Jr’s 20 points and 6 assists. Bryson Williams also had 20 for the Red Raiders. The Red Raiders will play against the winner between Alabama and Notre Dame.

Zach Edey is a problem ?

Yale much like Montana State was never really in this game and Purdue proved to be too good in this game. Jaden Ivey was a star with 22 points and 4 rebounds while Zach Edey chipped in 16 points, 9 rebounds, and 3 blocks. Purdue won the game 78-56 and will play the winner of Texas and Virginia Tech in the second round of the 2022 NCAA Tournament.

Delaware kept the game competitive in the first half, but just before halftime Villanova went on a run to take a ten-point lead into the half. The second half was all Vilanova and the team won the game 80-60. Justin Moore led the team with 21 points and 6 assists. It was a well-balanced scoring attack for the Wildcats and now they will face off against the Ohio State Buckeyes in the second round.

Top-seeded teams have ruled the day in blowout wins and day two of the first round needed a close game. Enter the USC Trojans and Miami Hurricanes. A strong Miami push in the first half had them heading into halftime up 31-20. The USC Trojans would not go away quietly and quickly fought back in the second half. multiple ties and ten lead changes would make for a tense second half. In the final minutes, the team with the best run left in them would win the game.

Miami built a small seven-point lead, but USC refused to go down without a fight. Back-to-back three-pointers would cut the Miami lead to one with 25.3 seconds left. A missed free throw would allow USC to tie the game with 12 seconds left. Charlie Moore would draw a foul with 3.0 seconds left and would sink both. A half-court heave by USC would miss by inches to give Miami a 68-66 win. The Hurricane will play the Auburn Tigers in the second round on Sunday.

The first 30 minutes of this game were hotly contested and it was either team’s game to take. Jahvon Quinerly was injured early and did not play much for Alabama. This game was just waiting for one side to find a spark and finally one did. Notre Dame would use a furious run to take a lead and would hold onto it for the rest of the game. Cormac Ryan led the way for the Irish with 29 points and 5 rebounds to beat the Crimson Tide 78-64. Notre Dame will face off against the Texas Tech Red Raiders on Sunday in the second round.

The first half was a grind-it-out bitter fight where both teams had to work for their points. A close game throughout the first 20 minutes ended with a Texas heave at the buzzer to take a 34-32 lead into halftime. It became clear in the second half that the Hokies had run out of gas and wouldn’t be able to keep up. Sixth-year senior Andrew Jones led his team to an 81-73 victory with 21 points and 5 rebounds. Texas had all five starters score in the double-digits. Chris Beard has led the Longhorns to the second round where they will face off against the Purdue Boilermakers.

Close games and potential upsets make this time of year true madness. The game between these two did not disappoint in the slightest and came down to the wire. Illinois did not take their first lead of the game until the final minute of second-half action. They would immediately give it up after a foul on the next possession. The Mocs held a 52-51 lead with less than 35 seconds remaining. Illinois would draw a foul and take a one-point lead with 12 seconds left. At the buzzer, the Mocs could not get two different attempts to fall. The final was 54-53 in an absolute thriller. Kofi Cockburn led the way with 17 points,12 rebounds, and 3 blocks. Illinois will play the winner between Houston and UAB.

The putback!! Duke is in on top! #MarchMadness

The game was close at times, but Duke controlled the game for the entirety of the 40 minute period. The Blue Devils won the game 78-61 behind Paolo Banchero’s 17 points, 10 rebounds, and 4 assists. They will play the winner between Michigan State and Davidson in the second round of the 2022 NCAA Tournament.

This game was probably more uncomfortable than Arizona wanted, but the game was never truly in question for the last one seed left in the first round. Christian Koloko posted 20 points, 13 rebounds, and 6 assists while Benedict Mathurin posted 18 points and 5 rebounds. Arizona finished the game up 87-70 and will play the winner of Seton Hall and TCU.

LSU entered the game at a disadvantage without Head Coach Will Wade who was fired before the 2022 NCAA Tournament could begin. Despite that, the team did not back down and fought hard despite the adversity.  A back and forth game would test the mental fortitude of both teams heading into the final stretch. Iowa State would build a small lead, but LSU would not go away quietly in this game. In the end, LSU could not come up with the stop they needed thanks to a deep three from Tyrese Hunter who finished with a game-high 23 points. Iowa State would win the game 59-54 and will face the winner between Wisconsin and Colgate.

A thriller game in the last set of games was exactly what the first round needed in its final act in 2022. Michigan State and Davidson fought back and forth and exchanged leads all throughout the game. Both teams desperately wanted to advance to the second round in this game. It felt like this one would come down to who would blink first. A Davidson cold spell paired with a Michigan State run would seal the fate of the Wildcats. A late-game flurry by Davidson would not be enough. Joey Hauser would lead the Spartans to a 74-73 win with 27 points and 8 rebounds. The Spartans will face the Duke Blue Devils on Sunday in the second round.

UAB fought hard and perhaps kept Houston uncomfortable, but the game was never truly in doubt. The Cougars were too much for the Blazers and won 82-68. Kyler Edwards led the way for Houston with 25 points and 7 rebounds in the game. Houston will play the Illinois Fighting Illini on Sunday in the second round of the 2022 NCAA Tournament.

This game was all TCU all the time throughout the game. It wasn’t quite as bad as the 8/9 matchup where North Carolina dominated Marquette, but it came close. Mike Miles led the way for TCU with 21 points and 4 rebounds in a 69-42 win. TCU wins its first NCAA Tournament game in over three decades. The Horned Frogs will play the Arizona Wildcats on Sunday.

The final game in the first round of the 2022 NCAA Tournament did not disappoint. March Madness is truly the greatest sporting event there is on this planet. Colgate had upset on the brain all night and gave Wisconsin problems all game long. Despite that Wisconsin held a six-point lead with two minutes to go. All the Badgers needed to do was execute after a Colgate turnover with 1:47 to go in the game. A dagger three-point shot by Johnny Davis would end the upset hopes. Davis posted 25 points and 8 rebounds to hoist the Badgers over the Raiders 67-60. They will take on the Iowa State Cyclones in the second round.

Johnny Davis DAGGER. The first round is over #MarchMadness 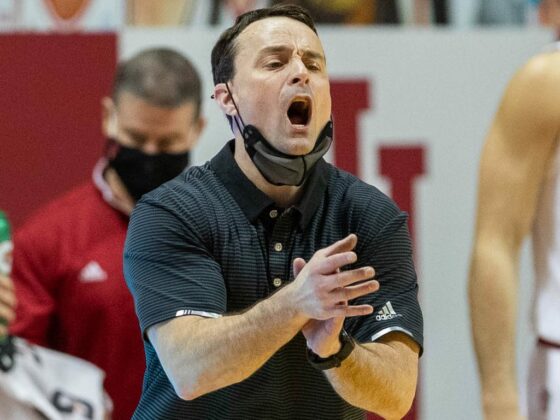 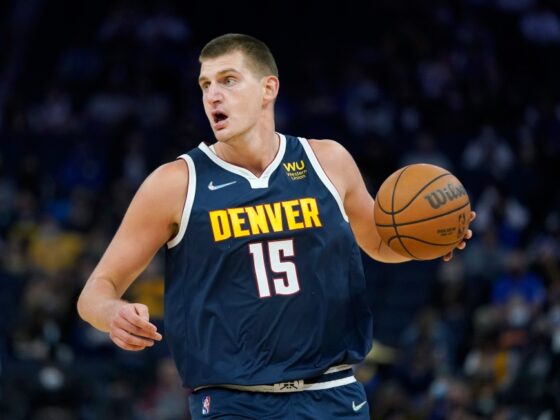