The 2022 NBA Draft is finally here. It is one of the most wide-open and unpredictable drafts in recent memory with no clear consensus number one pick. Tonight is the night where dreams are made and championships are built. After seeing two teams in the finals built through the draft, those at the top of the draft order hope that this is their chance to take that next step.

The shock of the Draft didn’t take long. After so much momentum for Jabari Smith, it ends up being Paolo Banchero going to Orlando with the first pick. Averaging 17.2 points per game and being the focal point of a young talented Duke roster. Banchero’s abilities were showcased during the NCAA tournament leading his team to the final four. The Magic will hope that his ability to get his own shot will have Banchero be the alpha scoring option they have been searching for.

Sources: Orlando selects Paolo Banchero at No. 1 in the NBA Draft. https://t.co/wvUIg8tdyt

The unicorn who was the top prospect in the high school class of 2021 falls to the Thunder at number two. Holmgren can do it all between shooting, playmaking, and rebounding. The 7-footer has a 7-foot 5 wingspan that attributed to 3.7 blocks per game. There are concerns about his sub-200-pound frame holding up at the NBA level but the Thunder are willing to swing for the fences to add potentially the best player in the NBA draft.

Jalen Green gets his running mate with another three-level scorer in Jabari Smith. Momentum had been building for him to be the number one pick but now he gets to opportunity to prove why he should have been in Houston. The three-level scorer averaged 16.9 points and 7.4 rebounds per game and shot 42% from three in his lone season at Auburn. The Rockets are hopeful that Smith’s shooting ability gives them a potent scoring tandem for the foreseeable future.

Another surprise here but after trying to trade the pick they pass on Ivey and add Keegan Murray. Kings go with need over BAP here and it’s hard to fault them for taking guards in the past two drafts. Kings are looking to take that next step in their playoff hunt and are hoping their offensive skill set of Murray will help on the wing complimenting their two young guards.

Last year’s number one pick Cade Cunningham gets a dynamic backcourt mate in Jaden Ivey. Ivery is a speedster who can attack the basket that has drawn plenty of comparisons to Ja Morant. The Pistons are hopeful that Ivey can continue his progression as a shooter after improving to 35.8% from three last season.

An explosive 6-foot 6 wing with bundles of potential. The Pacers have a solid core of pieces in place and are banking on the upside of Mathurin to help Indiana take that next step.

7. Portland Trailblazers
Shaedon Sharpe. Guard. Kentucky
The biggest mystery of the NBA Draft is going to Portland. Sharpe has all the tools to possibly end up being the best player in this class but with limited playing time after sitting out the entire season at Kentucky. This is a big gamble that the Blazers are hoping pays off.
8. New Orleans Pelicans
Dyson Daniels. Guard. G League Ignite.
A defensive-minded prospect with an improving shot to go with it. Daniels’s defensive versatility will help give him a role in the Pelicans rotation this season.
9. San Antonio Spurs
Jeremy Sochan. Forward. Baylor
A prototype for modern an NBA big with the ability to defend multiple positions. A high-floor prospect who will at least make an impact on the defensive end while working on his game offensively.
10. Washington Wizards

A backcourt mate for Bradley Beal was a priority for the Wizards so they take Johnny Davis out of Wisconsin. A tough player who loves to pressure opposing defenses even though the former badger has room to grow as a perimeter shooter.

11. Oklahoma City Thunder (Trade with New York Knicks)
Ousmane Dieng. Forward. NZ Breakers
The Thunder sent multiple first-round picks to the Knicks for the right to pick Dieng. An upside pick to give the thunder a ton of length between last year’s pick Josh Giddy, the number two pick Holmgren, and now Dieng.
12. Oklahoma City Thunder
Jalen Williams. Forward. Santa Clara
With their third pick in the first round, the Thunder selects a 6-foot 6 wing with a massive 7-foot 2 wingspan. The Thunder continue to swing for upside with each pick.
13. Detroit Pistons (Trade with Charlotte Hornets)
Jalen Duren. Center. Memphis
This pick was traded to Detroit in a 3-way trade with the Knicks and Hornets. Duren is a rim-running big that the Pistons will hope can pair well with their attacking backcourt.
14. Cleveland Cavaliers
Ochai Agbaji. Guard. Kansas
The Cavaliers select a 3-and-D prospect with defensive versatility from the national champion Jayhawks.
15. Charlotte Hornets
Mark Williams. Center. Duke
The Hornets select a massive 7-foot 2 center with a 9-foot 9 standing reach. A center has been a priority for Charolette, and they come away with one at 15.
16. Atlanta Hawks
A.J. Griffin. Forward. Duke
The Hawks add a pure shooter in Duke forward A.J. Griffin. The Hawks are banking on their ability to develop prospects as Griffin has room to grow in multiple areas of the court.
17. Houston Rockets
Tari Eason. Forward. LSU
Rockets add defensive versatility with the selection of the SEC sixth man of the year in Eason.
18. Chicago Bulls
Dalen Terry. Guard. Arizona
The Bulls select Terry, a jack of all trades with his ability to defend multiple positions and facilitate the basketball. The Arizona guard still has room to grow in shooting the basketball.
19. Memphis Grizzlies (Trade with Minnesota Timberwolves)

The Grizzlies give up picks 22 and 29 for the right to select LaRavia. The All-ACC standout will look to make an immediate impact on a playoff-ready team.
20. San Antonio Spurs
Malaki Branham. Guard. Ohio State
The Spurs select a high-upside three-level scorer who was the Big Ten freshman of the year.
21. Denver Nuggets
Christian Braun. Forward. Kansas
The Nuggets select a defensive-minded wing at 21 with Braun.
22. Minnesota Timberwolves (From Memphis Grizzlies)
Walker Kessler. Center. Minnesota
The Timberwolves select the best shot-blocker in college basketball last season to keep Kessler in the same state.
23. Memphis Grizzlies (Trade with Philadelphia 76ers)
David Roddy. Forward. Colorado State
The Grizzlies gave up DeAnthony Melton for the right to select Roddy an undersized scoring forward out of Colorado State.
24. Milwaukee Bucks
MarJon Beauchamp. Guard. G League Ignite
The Bucks select a player with an incredible journey that brings defensive energy in Marjon Beauchamp.
25. San Antonio Spurs
Blake Wesley. Guard. Notre Dame
Blake Wessley goes from fringe top 100 prospects to first-round pick after one season at Notre Dame. The Spurs will look to help the development curve continue for the Irish leading scorer from last season.
26. Minnesota Timberwolves (Trade with Houston Rockets)

The Timberwolves add a versatile forward in a trade with the Houston Rockets.

27. Miami Heat
Nikola Jovic. Forward. Serbia
The Heat adds a big 6-foot 10 three-level scorer that can put the ball in the basket in a variety of ways.
28. Golden State Warriors
Patrick Baldwin Jr. Forward. Milwaukee
The Warriors add a highly talented prospect who was one of the highest-rated high school prospects in the class of 2021 before injuries derailed his freshman season.
29. Houston Rockets (Via Minnesota Timberwolves)
TyTy Washington Jr. Guard. Kentucky
The Rockets added a combo guard whose stock tumbled a bit during the pre-draft process.
30. Denver Nuggets.
Peyton Watson. Forward. UCLA
Came into his freshman season as a projected top 10 pick but was not able to get consistently into the UCLA rotation. An upside pick for a player that will need time to develop.
Total
6
Shares
Share 6
Tweet 0
Pin it 0 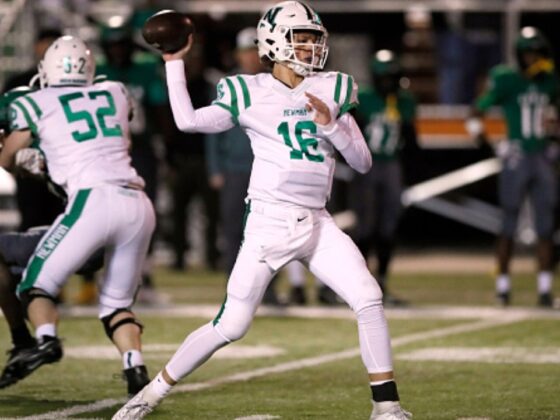 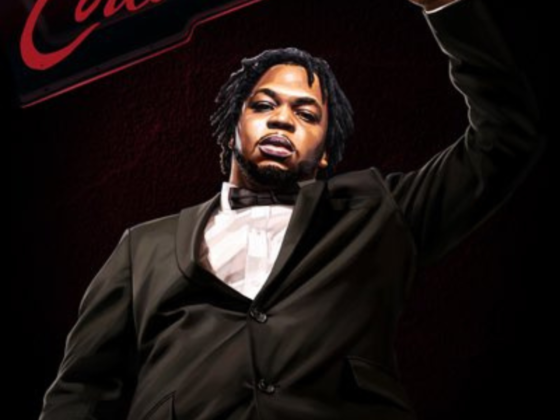