The 2021 NBA All-Star Weekend festivities were less than stellar. With the complications that come with COVID-19, the NBA moved the All-Star game, three-point contest, slam dunk contest, and skills challenge into one night. Big men shined in the Taco Bell Skills Challenge. The MTN Dew Three-Point Contest was highlighted with plenty of time for the stars involved to shine. The All-Star game returned to an Elam Ending ala The Tournament. Then the AT&T Slam Dunk contest was relegated to halftime of the game. So, let’s look back on what was considered a relatively mild night.

For those watching the TNT broadcast, you were treated to Shaq rallying for the big men. From the get-go,  Kenny Smith and Dwyane Wade were appalled by the lack of urgency from guards. Of course, like every year, the challenge really came down to the pass in a majority of rounds. One of the best moments of the night came when Robert Convington revealed he would be wearing his Tennessee State jersey, the HBCU Covington attended. He recently donated a practice facility for the men’s and women’s programs at TSU.

Although Covington came up short, he didn’t have the worst performance of the night. Luka Doncic coasted through his round with Domantas Sabonis. Not even attempting the three at the end of the course.

Luka was just here for the vibes ?pic.twitter.com/OV8grOiO4E

The big men would dominate as the only guard to make the semifinals was Chris Paul. Paul missed the layup in the challenge for the second time in his career. Nikola Vucevic and Sabonis would meet in the final. The final didn’t come down to the pass, but instead the three. As both players tried to outshoot one another until Sabonis came up winner.

There were plenty of fun names in the three-point contest but none stood out more than Steph Curry. The GOAT of all shooters came out in the first round and laid out a 31 point performance. There were valiant efforts from Jaylen Brown, Jayson Tatum, and first-time All-Star Mike Conley. The much disrespected Utah Jazz had great performances throughout the night.

Shout out to Mike Conley and Utah though ?pic.twitter.com/3GcowgKmCn

Conley put up a 28 point and 27 point performance in the contest. However, Curry being Curry wouldn’t be denied. Steph even let it end with a little bit of drama, waiting until the last money ball on the last rack to take the lead over his rival from the Jazz. Did he do it on purpose? Surely not, but you can’t help but think he orchestrated the clutch end.

#StephenCurry is goated all over again ?? pic.twitter.com/1pBIwWAOmD

This was about the most exciting part of the night. All of the players involved gave their hardest and the best of the best came out on top. Steph Curry. The best shooter ever. Enough said.

The big game of the night, the 2021 NBA All-Star Game featuring Team LeBron and Team Durant. Giannis Antetokounmpo claimed that Team LeBron had the best starting five of any All-Star team ever. Featuring LeBron, Giannis, Curry, Doncic, and Nikola Jokic he has an argument to make. However they size up historically, last night they were by far the better team. Dominating each quarter and winning tons of money for the Thurgood Marshall College Fund and HBCUs nationwide.

The first half provided plenty of fun plays and moments.

Steph showing LeBron how you make it happen from the logo!pic.twitter.com/1bcPdjkW1V

This wouldn’t be the last time Dame would be highlighted this game. Curry and Lillard both shot from anywhere they wanted on the floor.

The dunk contest is one of the most polarizing events in All-Star Weekend. Some years they can be the most exciting event of the year and other years they are just afterthoughts. This one will probably be a bit of an afterthought. Featuring the young Anfernee Simons, and rookies Obi Toppin and Cassius Stanley, the contest was…okay.

Stanley got the contest going, and was rewarded with a low 44. The legendary judges that featured Spud Webb and 2005 dunk contest winner Josh Smith among other previous winners were not impressed. The announcers seemed to think he deserved far more for his efforts.

Obi Toppin had my favorite dunk of the night in the first round with this fancy move.

Simons used his elevation to garner points from the judges. The first dunk was…interesting. Should he have received a 46 compared to Stanley’s 44?

Simons would redeem himself in round two with a homage to Tracy McGrady.

Obi would show out, jumping over his dad Obidiah Toppin AKA Dunker’s Delight.

The final round between Simons and Toppin left much to be desired. This dunk by Simons sealed it.

Magic Johnson with the perfect summary of the contest, as always.

The second half of the 2021 NBA All-Star Game would provide more fun plays, but also more domination from Team LeBron. Giannis couldn’t miss a shot and would finish the game with a perfect field goal percentage of 100%, 16/16 shots. They had so much fun, Jokic even showed Giannis how to dance. Coming to TikTok soon, The Joker and Greek Freak dance to Megan Thee Stallion? See for yourself.

Giannis is 16-16 and is GEEKED ?#NBAAllStar pic.twitter.com/Xc43DcDAAs

The new style of game where each quarter is a game in itself has led to some great basketball. Curry was yelling at Dame to box out on the sideline even!

In the end, the game would end on a beautiful half-court jumper from Dame. It was bound to be him or Curry and Dame checked his watch…Dame Time. Giannis would go on to win the Kobe Bryant MVP award for his performance. Team LeBron wins 170-150.

Overall, the 2021 NBA All-Star Weekend was just fine. The skills competition was alright. Watching Luka jog in his warmups took a little of the edge out of the whole thing. However, Sabonis is the real deal and won it fair and square with great shooting and passing. The three-point contest was one of the best in recent memory and seeing Curry win on a final money ball at the last rack made it so much fun. It was the most into the program I got all night.

As far as the 2021 NBA All-Star Game itself, the Elam Ending is something that needs to stay forever. It makes the fourth quarter exciting and breaking down each quarter into a side bet for charity makes the game so fun. The players are really into the new format and you can tell by the way they play. It is still an All-Star game, but not a 220-200 final score. They have something to play for and they look like they really enjoy being out there.

However, the halftime dunk contest drug things on a bit too long. It reminded everyone why the festivities are usually broken into two nights. The energy was great from the three-point contest through the first two rounds of the dunk contest. After that things slowed down. For what it was, given all the issues COVID brings I think the NBA had a successful night. There were issues, but nothing major and it ended up being a good time overall. 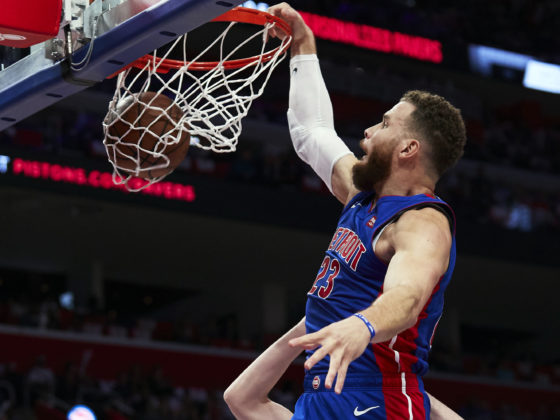 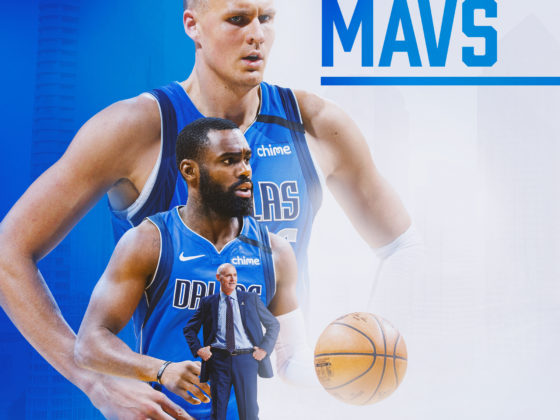 Sizing up the Second Half of the Dallas Mavericks’ Season