Even though it has only been a week, it feels like we know infinitely more about the league than we did two weeks ago. That doesn’t mean we don’t have as much – or more – yet to learn, though. But here’s where we stand as of right now with the NFL Power Rankings:

New England keeps the top spot. And even though we had the Chiefs ranked second up until last week, the field is a lot closer to the Patriots than it might have seemed a few weeks ago. That’s not because of other teams, per se. Rather, the Pats might be better on paper than they actually are. Hidden in the perfect record is the fact that the offense hasn’t looked all that great, despite the big win over the Jets. However, the addition of Mohamed Sanu should help.

Bill Belichick smiled today. That is all. #Patriots pic.twitter.com/Q18ZnDQhSP

The 49ers vault into the number two spot. Maybe we were a little slow to recognize how good San Francisco really is but with the Chiefs’ struggles (and Mahomes injury), it’s as much about there not being a dominant team as it is about San Fran. Still, it’s been quite a turnaround for Jimmy Garoppolo and this organization. The 9-0 win over Washington doesn’t seem all that impressive but weather conditions made it a weird game from the start.

It was a questionable win against Detroit before a convincing win over Oakland. But, even at 6-1, it still feels like this team has quite a bit of meat left on the bone, especially on offense, though some of that showed against the Raiders. They’ll probably need to get Davante Adams back to get there, but it will be interesting to see if this team can reach its anticipated potential.

Teddy Bridgewater has done a wonderful job in place of Drew Brees. They’ve won in a variety of ways and can add to that with what-should-be a pretty competitive game against the Bears followed by prospective cakewalks versus the Cardinals, Falcons, and Buccaneers.

A lot has been made of their recent struggles. But they got a weapon back in Tyreek Hill and Patrick Mahomes’ injury should heal in due time, especially since it turned out not to be near as bad as it potentially could have been or looked like at the time. This team still has as high a ceiling as any in the NFL.

Russell Wilson is making a strong case for MVP and has refused to let this franchise collapse, even with all the personnel moves that have been made around him the past couple of seasons.

It was a really nice win for this team over the Texans. Jacoby Brissett has been fantastic. After a 2-2 start, they’ve won two consecutive and are now in the driving seat in the AFC South. They have the Broncos, Steelers, Dolphins, and Jaguars on the slate next, meaning they could add to the win column quite a bit over the next few weeks.

They’ve been the surprise of the NFL season thus far. However, the Patriots have put up a roadblock to the division title, which puts the Bills squarely in a wild-card spot. Regardless of record, that might not bode well for Buffalo. They have a really nice squad though.

Even though the Ravens have been on a bit of a slide since their hot start,  a nice win over teh Seahawks put them back on the right course. They’re still in a strong position to win the AFC North, and thus, a spot in the playoffs. They have a tough game coming up against the Seahawks, however, and can’t get too complacent.

The Cowboys had been ranked as the NFC’s best team early on this season in this space. But, at 3-3, they haven’t looked right for a while. And it’s been weeks since Ezekiel Elliott has looked like the best offensive player on the field for a game – something Dallas desperately needs to get back.

Houston is the team this season most capable of beating any team but also dropping a game to anyone as well. There are still big question marks along the offensive line. But this is a team that has come together nicely after a mediocre (at best) start to the season.

Even to this point, it’s been a bit of a roller-coaster season for Minnesota. Especially on offense. The NFC North is probably the deepest division in the league, which means no team can afford to fall too far behind. It was a nice win over the Lions, and they have a golden opportunity to add another win with Washington up next. Still, we remain skeptical of the Kirk Cousins situation.

They get Dallas this week, the winner has a big leg-up on the NFC East. It’s already a two-team division, but both need to get back on the right track. Philly has looked better – slightly – over the last couple weeks, but a loss could send them reeling.

Oakland ist still at .500, but still maintains a near-six touchdown point differential. Which makes us a bit skeptical of their record. But either way, this is a team light years better than anticipated. Imagine if they had a game-breaking receiver … like, say, Antonio Brown. Just kidding.

Chicago didn’t look like they belonged on the same field as New Orleans. They made it look fairly close by scoring in garbage time, but this is clearly a team with more questions than answers at this point in the season.

If Carolina hands San Francisco its first loss of the season, we can have the conversation about the possibility of Kyle Allen taking over as Panthers quarterback on a more permanent basis. Allen has done a nice job filling in for Cam Newton and keeping Carolina afloat, but if Newton is 100 percent, he deserves to get the job back upon arrival. Much will be answered on this side of their Week 7 bye.

Between acquiring Jalen Ramsey to boost the defense and a win against the Falcons, they have righted the ship to some extent. But still, this is a team that appears to be on the wrong side of their potential NFC dominance – something that was widely anticipated going back to the start of last season. It feels like they’re grasping at straws now. The Goff and Gurley situations becoming huge hindrances to the franchise are concerning.

Since starting 2-0-1 and being in first place in the NFC North, the Lions have lost three in a row. An inability to end scoring drives with touchdowns instead of settling for field goals is the main reason, other than an inconsistent defense.

NFL Power Rankings, Tier 4: Hanging on by the skin of their teeth

Waiting on a team like the Browns – who have so much talent on paper – to put it all together may prove to be a fool’s errand, at least for this season.

Even though it was inevitably coming, trading Jalen Ramsey undeniably makes the Jaguars worse, at least this year. Jacksonville got a win over Cincinnati last week, a game they desperately need to win. But still, this isn’t a team going very far.

It seems like Pittsburgh is focused on salvaging something out of their season, even if it doesn’t lead to a postseason appearance. Kudos to them for not giving up, but this just isn’t a good team right now. Mike Tomlin’s seat, rightly or wrongly, looks to be getting a little hot.

Ryan Tannehill starting in place of Marcus Mariota is a lateral move. Despite the change, the offense under Tannehill feels like the Spiderman meme of the clones pointing at each other.

After starting 0-4, Denver has clawed its way back to semi-respectability. This week, they have the Colts on the road, which going to be really tough. That’s followed by the Browns at home. Even a split of those two would be enough to raise some eyebrows and perhaps put the Broncos close to being on the AFC playoff radar … possibly. They don’t have much room for error going forward, though.

Although both of their two straight wins have come against bad opponents, a game against the Giants this week brings a chance at a three-game winning streak. Even if it ends after New York, doing so would be a nice feather in the cap for this team.

It seems like we need to judge this team on two different scales: pre- and post-Sam Darnold. The version where Darnold is their starting quarterback looked pretty frisky … at least until the Patriots stole their soul. They still have a lot to prove, though. But they have as much – or more – going for them than any team beneath them in these rankings, despite only having one win.

Some weeks, Tampa Bay looks like they could beat anybody on any given Sunday. Other weeks, they just look bad, which has been the case more often. It’s been that way for a few years now. The more things change, the more things stay the same for the Bucs.

NFL Power Rankings, Tier 6: Let’s at least get some things in order for next season

Every year, the Chargers get more preseason hype than they end up proving they deserve. This season turned out to be no different. Not only did L.A. lose to a Delvin Hodges-led Steelers team two weeks ago, but they also followed it up by losing to a Ryan Tannehill-led Titans team. They never really gave themselves a chance in either game, two losses as disappointing as any for any team this season.

Daniel Jones was a nice story for a minute, but three straight losses have this team back near the bottom. A loss against the Cardinals last week was hugely disappointing. Another lost season in New York.

It might be interesting to see if the Falcons are active as sellers as the trade deadline beyond flipping Mohamed Sanu to the Patriots. They may opt to stay put after the wide receiver move, but they are clearly nearing the breaking point of needing a total organizational rebuild.

There would be some years in the not-so-distant past that a team of this season’s Bengals would be pretty clearly the league’s worst. Luckily, they exist in a season that also includes a team that has made every bad move imaginable over years of trying (Washington) and a team that is intentionally one of the worst in the history of the NFL (Miami). Those two will keep Cincinnati from reaching the bottom.

They beat Miami by a point. That shouldn’t count as a full win. Also, they still have the league’s second-worst point differential.

NFL Power Rankings, Tier 7: The Dolphins, by themselves

Losing to Washington – even by a single point – two weeks ago proved this is a team in a class of their own in terms of being an awful football team. Last week was the only week to expect this team not to suffer a loss … it was their bye week. 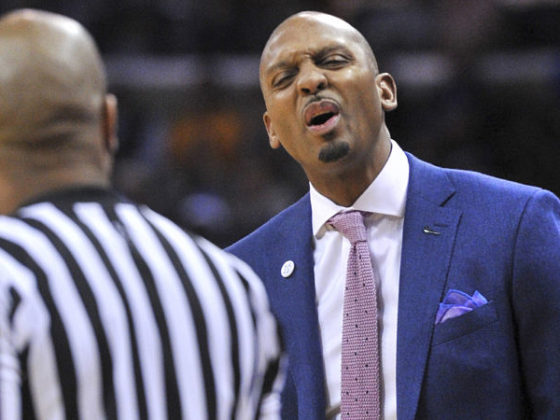 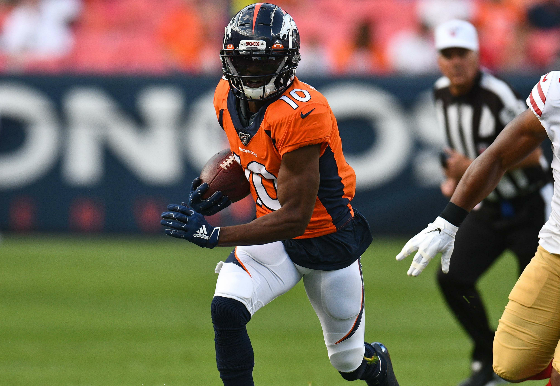