There usually is one weird week during the first half-dozen weeks of every season that sends makes us second-guess what we thought we knew. Well, that was this past week. However, we’re treating Week 4 as a bit of a case-by-case scenario, and that’s reflected here in the Week 5 NFL Power Rankings. Some team’s Week 4 performances were a little more concerning than others. In the end, here’s where the dust settled headed into Week 5’s games.

The Pats survived a close game against the Bills. Either side could have won that game, but then again, the Brady/Belichick era is sort of defined by winning those otherwise 50/50 games. Thus, there doesn’t appear any good reason(s) to move the Pats out of the top spot.

Like New England, Kansas City did barely enough to get the win and stay perfect. Also, like the Patriots, it seems that Week 4 game says a bit more about the opponent being better than anticipated heading into the season than anything about New England of Kansas City.

The Saints had an impressive win over the Cowboys in Week 4 behind Teddy Bridgewater. We’re still putting the Cowboys above the Saints because of the impressive point differential and a clearer path to a division title (barely). Dallas also feels like it has the ability to be consistent, given the running game, offensive line, and talent on defense. If these two teams played each other 100 times, 99 of them would likely involve more than 22 total points scored, which was the case last week. The Cowboys have some worrisome injuries along the offensive line, though, and can’t let that cost them games. Same with the Saints and their quarterback situation. Even at 3-1, these teams figure to be on thinner ice than it may seem. However, they’re still very much contenders in the NFC.

The real Green Bay may still be out there. This is to say: the offense is probably a little better than what they’ve shown thus far and the defense might not be as good as they’ve been through four weeks. That kind of showed to be true in last week’s loss to Philadelphia. Unfortunately for the Packers, the NFC North looks like one of the deeper divisions in the league. However, they still look like one of the more complete teams in the NFC.

Darnell Savage’s 48 snaps in slot coverage is the 2nd most on the #Packers.

Among all defenders this season with at least 40 slot coverage snaps, Savage’s 42.7 opposing passer rating allowed is the 2nd lowest.#GoPackGo pic.twitter.com/3fvzHPf8O8

Philadelphia had a nice win over the Packers in Week 4. Which could suggest they’re rounding into the team we thought they would. But, that win may have gotten overrated a bit because it happened on a Thursday night. That first game of the week can be a little wonky, to begin with. Plus, we weren’t armed with the rest of the Week 4 results. The win is impressive regardless, but considering Philly might be blocked all season from getting the top spot in the NFC East, it’s asking a lot of this team to get into the playoffs. At this point, they’re as good as any team in that position though, especially in the NFC.

NFL Power Rankings, Tier 2B: The NFC West (or most of it)

One of these teams will win the NFC West. The other two should factor into the wild-card race, But, depending on how the rest of the NFC pans out – the North and East, specifically – getting a wild-card could be a tall talk. Sure, the 49ers are undefeated, but their three wins have come against opponents that have a combined three wins at this point. So buyer beware with San Francisco, they got lucky having their bye week during such a crazy slate of games, but we still expect them to fall back the pack. The Rams and Seahawks haven’t looked consistently great, either, but it still feels like those two will be atop the division by season’s end.

NFL Power Rankings, Tier 3: Still could go either way, with signs pointing up

Buffalo might be the biggest surprise at the quarter mark of the season. Sitting at 3-1 is impressive, yet their loss to the Patriots might have been their best showing of the year. They’ll get a chance to pad their record with games against in-division Miami and the Jets, so this team may already be establishing itself as the favorite for an AFC wild-card spot.

The Patriots may have won, but the Buffalo Bills made a statement. pic.twitter.com/oJJ2hBkd9a

Even a week ago, Baltimore looked to have a firm grasp on the AFC North. Now, not so much. Cleveland still has a lot to prove in terms of living up to preseason expectations. We think one of these teams will prove to be for real and the other may fall off a bit, but perhaps stay in the wild-card race, just don’t know which will do what as of right now. We want one more week’s worth of sample size before drawing concrete conclusions on either squad here. For now, just on the good side of league average feels right.

Getting Melvin Gordon back will undoubtedly help. But considering the Chargers will be blocked from winning the division by the Chiefs, they don’t have much room for error, and they’ve already used up some of it. It’s not like they’ve had that grueling a schedule to date, but they can get a few wins in a row here with games against the Broncos, Steelers, and Titans the next three weeks. On the other hand, a loss in any of those three contests could prove devastating.

The loss to the Chiefs was as impressive a performance as any of their wins, really. But it seems like an annual tradition that the Lions start off relatively hot but then falter in the latter stages of the season. Don’t be surprised if this team works its way up the rankings six or seven slots over the next three to four weeks or slides back by the same number. It’s still very much a season in flux for Detroit.

Nothing says “league average” like a 2-2 record with a point differential of zero, right?

Carolina is on a two-game win streak. And Kyle Allen has looked very capable in filling in for Cam Newton (perhaps not good enough to spark a QB controversy though). If Newton can come back at full strength, the Panthers could put themselves in a position to win the division or a wild-card spot … or it could get worse in a hurry and they will have a QB controversy on their hands, but not necessarily in a good way. At this point, they’re one of the more unknowns left in the league.

Even this early, being at .500 is plenty impressive. We don’t like either of their chances to maintain that, though. Both seem likely to drop off some as the league moves forward. Though both have some unexpected talent on the roster to add to their more known bright spots. If things go south, though, both (or either) face difficult decisions with their veteran quarterback(s).

It has to be frustrating to be a fan of either of these squads. The division title is out there for any of the AFC South teams, but to this point, no team has shown to be capable of seizing the opportunity.

NFL Power Rankings, Tier 5: Still could be kind of good … for a bad team

The Daniel Jones bump? Why not? The Saquon Barkley injury is very concerning, however. Though this team is still toward the bottom of the rankings, they could end up pretty decent. We need to see it with our own eyes first, though.

Saquon Barkley (high ankle) back on the field stretching with his teammates and seems to be moving well. He worked on the side and did some sprints + cutting w/trainer afterwards while the media was present. #Giants pic.twitter.com/d1Ul2wrjU3

Mason Rudolph isn’t bad. But it will take a lot more to get this team on track to contend for a playoff spot, which was the expectation heading into the season.

The Falcons find themselves in the dreaded veteran-team-built-to-win-now-but-not-good zone. That’s the worst spot in sports to be in for any team. Although it will make for an interesting storyline to the season to see how things develop in Atlanta. We may not see the bulk of this core back next season, which is kind of crazy to consider.

This wasn’t a very good team, to begin with, but the Bradley Chubb injury might be one of the more significant absences going forward. More tough times ahead in Denver.

Perhaps no team has needed such an early bye as much as the Jets did in Week 4. Getting Sam Darnold back is paramount to the direction the franchise is headed in, even beyond this season. So giving him an additional week to get healthy was a blessing for New York. This is still more about setting the organization up for the long-term. As long as their youngsters play well, you might as well throw their record out the window.

Sure, the Cardinals are a bit frisky and it definitely helps that they get Patrick Peterson back from suspension. Still, as this team rebuilds and Kliff Kingsbury finds his way as a head coach, growing pains are sure to occur. Being bad this year isn’t necessarily a bad thing for this team in the long-term. In fact, it may prove to be beneficial.

Dwayne Haskins’ development added an interesting subplot to Washington’s season. They’re still a ways away from being merely a good team, however. That’s assuming Haskins is anywhere near an average starter at this early point in his career. Even that may be a stretch.

Cincinnati may be lining up for a win or two in the coming weeks as they start to get healthier. It still feels like five wins might be this team’s ceiling, though. And that won’t get them much above this spot.

Miami has already been outscored by 137 points. What else needs to be said at this point? 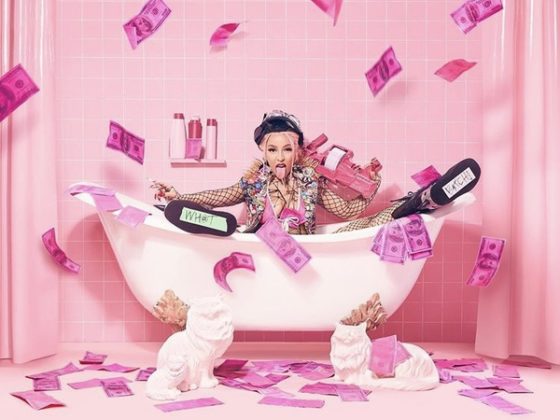 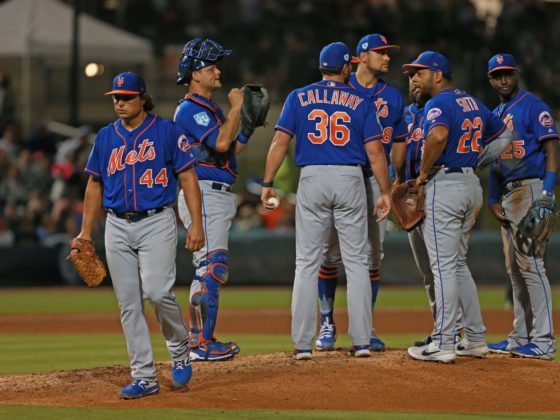