During the 2018 season, the NFC East was a two-team dance, with the Dallas Cowboys and Philadelphia Eagles battling for the division crown until the very end, with Dallas narrowly edging Philly for the title. The other two teams, the Washington Redskins and the New York Giants, slogged through lackluster below .500 records and playoff watch parties on their couches. Although 2019 is a brand new year with brand new possibilities, this season appears to be more of the same, with the Eagles and Cowboys sporting two of the best rosters in the league and the Giants and Redskins in rebuild mode.

Last season: 10-6, lost in divisional round

The NFC East embodies the quote “heavy lies the head that wears the crown” better than any other division in the NFL, as evidenced by the fact that no team has won this division in consecutive years since the Eagles did so from 2001-2004. Heading into 2019, the crown lies on the head of America’s Team, who were already under pressure with Zeke’s threat to sit out 2019 without a new contract. Losing Zeke, who this team has been built around since he was drafted in 2016, would have been disastrous for Dallas’ Super Bowl aspirations.

A big sticking point heading into this season for Dallas is improving their 22nd ranked offense (21.2 ppg), a process which started with the firing of Scott Linehan and his affinity for halfback dives and quick slants no matter the down and distance. By replacing Linehan with former QB coach Kellen Moore, the Cowboys will look to add more explosiveness to their aerial attack through their dynamic duo of Amari Cooper and Michael Gallup. Dallas will also greatly benefit from the return of their All-Pro center Travis Frederick, who missed all of 2018 with Guillain-Barre syndrome. Frederick’s presence in the middle of the offensive line should restore some stability that the usually dominant group lacked last year in both the run and pass game.

On defense, Dallas will look to recapture the same form they carried during the 2018 season when they finished 6th in the NFL in points allowed per game (20.3). They’ll return the entire unit, including esteemed DBs coach Kris Richard and burgeoning stars Jaylon Smith, Leighton Vander-Esch, Byron Jones, and DeMarcus Lawrence, all of whom should take another step in their development. The indefinite suspension of the troubled Randy Gregory will hurt Dallas’ pass rush, but the acquisition of Robert Quinn and continued improvement of 2017 first-rounder Taco Charlton will look to fill that gap and make Dallas’ defense a formidable unit once again.

Last season: 9-7, loss in divisional round

In many ways, it’s a modern-day miracle that the Eagles made the postseason last year with the sheer amount of games crucial players missed for Philly last year. Franchise quarterback Carson Wentz missed the beginning and the end of the season, stud linebacker Jordan Hicks missed four games, every member of the secondary not named Malcolm Jenkins or Rasul Douglas missed multiple games, every running back missed multiple games, and 2018 first-rounder Derek Barnett missed 10 games. It was a truly freakish run of injuries for a supremely talented roster, yet Doug Pederson still guided his ball club to the playoffs, won one game and nearly won another against New Orleans.

Fast forward to 2019, where the Eagles have retained nearly all of their heavy hitters, and added a few more (looking at you DeSean Jackson and Miles Sanders), in an effort to regain the unit’s 2017 Super Bowl-winning form. Of course, none of these additions really matter if Carson Wentz, the beneficiary of a massive extension this offseason, cannot figure out a way to stay healthy all season. After losing Nick Foles to Jacksonville in free agency, the Eagles do not have the same luxury of having a starting-caliber quarterback on the bench, so if Wentz suffers a season-ending injury as he has the past two seasons once again, Philly is cooked.

On defense, Philly sports a front four that will keep opposing offensive coordinators and offensive lines up all night long during game week, led by the one-man wrecking crew first-team All-Pro defensive tackle Fletcher Cox. On the back end, the Eagles really only have two sure hands, Malcolm Jenkins and Ronald Darby, as they’ll depend on three guys drafted in the past two years to take a leap and lockdown starting roles. In the middle, the Eagles are replacing the oft-injured but ultra-talented Jordan Hicks with former Pro Bowler Zach Brown. If the complementary pieces around the dominant defensive line hold up, the Eagles will be in a good position to launch themselves back into Super Bowl contention.

It’s unfortunate how the 2018 season unfolded for Jay Gruden’s ball club, as they were 6-3 and at the top of the division before starting quarterback Alex Smith suffered a brutal injury against the Texans. From that moment forward, Washington lost 6 of their last 7 games and watched the playoffs from home at 7-9. Now, the Redskins are in a state of flux. Jay Gruden back end is pretty toasty from his seat so he’ll be looking to win, as evidenced by the signing of Case Keenum, but the roster is certainly not in win-now mode, as evidenced by spending their first-round pick on a quarterback.

Washington’s offense was miserable last year, averaging only 17.6 points per game, and appears to be heading to even rockier waters with the inevitable quarterback controversy between Keenum and Haskins Jr, the shaky wide receiver room led by the oft-injured Josh Doctson, and an offensive line that has already lost two crucial pieces in free agency and may lose another in Trent Williams. The return of 2018 2nd round pick Derrius Guice in the backfield should spark some excitement and explosiveness for Washington, but not nearly enough to carry the whole unit.

On the other side of the ball, Washington’s identity crisis becomes even clearer. They let go of 5 starters, including three of their four starting linebackers and both of their starting safeties. At the same time, Washington dropped big money to sign Landon Collins. Is it Oochie Wally or is it One Mic? Outside of Collins and stalwart Josh Norman, Washington will be banking on the development of their young guys, Jonathan Allen, Da’Ron Payne, Fabian Moreau, Shaun Dion Hamilton, and Montae Nicholson, all of whom were drafted 2017 and onward, to make this unit a good one.

If you’re a Giants fan, chances are that you absolutely despised the team’s offseason from top to bottom. It started by letting All-Pro safety Landon Collins walk for nothing. Then, it continued with the trade of Odell Beckham Jr, a top-three wide receiver in the NFL, to the Browns for Jabrill Peppers and a 1st rounder after explicitly stating that he wouldn’t do so. To top it off, GM Dave Gettleman spent two of his first-rounders on Daniel Jones, a pick universally hailed as a reach, and Dexter Lawrence, a 1-tech defensive tackle. From every angle, the Giants had a brutal offseason.

On offense, New York is still hanging onto Eli Manning as their starting quarterback despite a rapidly growing amount of evidence that he should no longer be the guy. How long will Pat Shurmur stick with Eli before turning toward the future in Daniel Jones? And how will Daniel Jones fare when thrown into the fire? In other places on the offense, the top three receivers for New York have already been snake bitten, with Golden Tate getting busted for PEDs, Sterling Shepard breaking his thumb, and Corey Coleman, a piece in the Odell/Olivier Vernon trade, tore his ACL. Preseason game #1 hasn’t even come and that situation is scary. The strongest part of this ball club comes with Saquon Barkley and a newly formed offensive line with the additions of Kevin Zeitler and Mike Remmers.

On defense, the Giants, much like their other three division rivals, are banking on the progression of youth to fill major roles on all three levels. Surrounded by vets such as Alec Ogletree, new addition Markus Golden, and Janoris Jenkins, the Giants have eight players drafted in the past three years plugging into starter roles or part-time roles, the most important of which is Jabrill Peppers, the crown jewel return of the Odell Beckham Jr trade. 2019 will be dedicated to the progression of young guys on both sides of the ball as the Giants begin their rebuilding process. 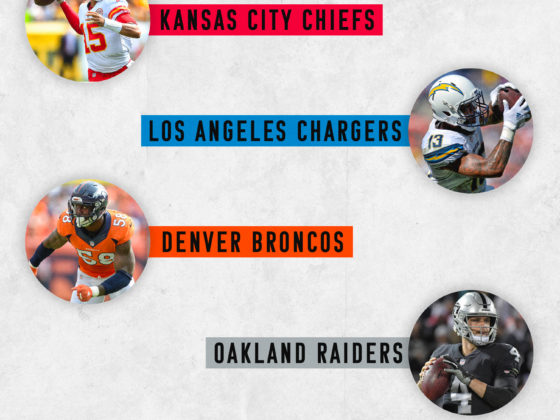 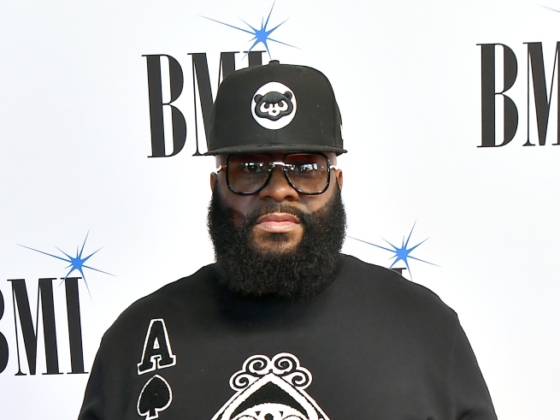