Coming into the season, Brandon Clarke was seen as a guy who would be in the rotation of bigs for Gonzaga. After transferring from San Jose State, Mark Few and Gonzaga hoped Clarke could be another in a long line of successful transfers at the school. Then Killian Tillie went down in the preseason, opening the door for Clarke to start. All he did was run with the opportunity putting himself into contention to be a lottery pick in the 2019 NBA Draft.

Clarke is someone who is unique in that his measurements gave many scouts and teams pause initially. But his testing was off the charts good which shows up on film when watching Clarke. His efficiency made him number two all-time in College PER in a single season behind Zion Williamson. Yes, Clarke would have broken the record if not for playing the same season as Zion. He was so efficient he finished with as many missed field goals as blocked shots on the season, 117.

Most project him as a guy expected to be taken in the 8-15 range where some of the teams in that range have a perfect fit for him. A guy who has shown to be effective as a weakside rim protector and rim runner could slide in perfectly for teams like Minnesota and Atlanta in that range. If not for the lack of length on his 6’8″ frame, we may be talking about Clarke as a definite top ten pick in the 2019 NBA Draft despite already being 22 years old.

Plain and simple these two aspects of Clarke’s game had him flying up 2019 NBA Draft boards as the season went on. He was the anchor of a top 15 Gonzaga defense by averaging 3.1 blocks per game. He excelled as a weakside rim protector while playing with a guy like Rui Hachimura who struggled on defense at times.

Although like previously mentioned he doesn’t have great length, after measuring with slightly positive wingspan, Clarke has outstanding timing. His timing and great bounce allow him to get to shots quickly. He’s a fluid athlete allowing him to get spots quickly and react with swiftness in his rotations.

This IQ defensively is another aspect that stands out, he always is alert to breakdowns and calls out coverages. He was the quarterback of that Gonzaga defense and his IQ was why. Not many college players are this adept at calling coverages and keeping guys in great spots. His ability to then help with breakdowns down low is where his ability to help teammates comes in handy. Plays like this show how and why:

He reacts to Perkins falling for a fake, discourages the jumper, recovers to his man and blocks the shot with his weak hand, his left. Plays like this consistently show off why Clarke is thought of highly on 2019 NBA Draft boards.

I’ve said already but some of Clarke’s testing was historically good for a guy his size at the combine. He tested like a wing in certain agility drills. Now to be fair, Clarke is built similar to a guard measuring 6’8″ and 207 pounds, for comparison Klay Thompson is 6’7″ 215 pounds. That’s the thing though with Clarke playing like a big it makes what he’s able to do from the four position special. It can alter your defense, something that makes the Warriors so good is Draymond’s ability to guard 1-5. Clarke doesn’t have the length Draymond does so it’s not a perfect comparison but Clarke will most definitely have some switchability at the next level.

His testing at the combine was something we haven’t seen out of many if any big men before. He outperformed guys like Jimmy Butler and Klay Thompson, two of the better defenders in the NBA in lane agility testing and verticals, both standing and max.

He showed off an outstanding second jump during his year at Gonzaga as well. His ability to beat opponents on a second jump was often noticeable in his ability to get tip-ins and collect rebounds. It was something when watching Andrew Wiggins back in college that stood out. Clarke is the first college player since then whose second jump stands out that much when down around the rim.

Just another feather in Clarke’s cap that has allowed him to become the possible lottery pick most expect him to be.

It’s shooting. Clarke in his redshirt season at Gonzaga worked on extending his range and in many ways did. He showed off an improved touch and mechanics on his jumper. The numbers don’t back it up with Clarke only attempting 15 threes and making 4. The thing is, his redshirt year allowed him to re-work the hitch out of his jumper and make it a much cleaner shot. Without a doubt, his shot is much cleaner now and is something that can easily be improved. He’s got a chance with hard work, which has never been questioned, to really become a decent and reliable shooter. He stays within his limitations evidenced by the only 15 three-point attempts many of which came when he was wide open. He doesn’t overstep his limits oftentimes working around the rim. He does have a solid floater that he used often, attempting 77 of them on the year. He isn’t a guy teams will post up and ask to make an array moves as he just doesn’t have many. He relies on athleticism around the rim to score, something that will translate to the next level. He should excel as a rim runner early in his career before eventually possibly extending that range out to a farther distance.

There really isn’t a great comparison for a guy like Clarke. His size and athleticism aren’t seen among guys in the league. KenPom actually compares Bell and Clarke but in some ways they are different. Defensively both guys played similar roles in college as rim protectors. Both were fairly undersized who relied on smarts and athleticism with good timing to block shots. Bell is lengthier though, and while athletic, isn’t quite the same as Clarke.

Not to mention Clarke is more advanced offensively. I’ve pointed out Clarke isn’t some great offensive player but his game compared to Bell’s is different. Bell wasn’t a guy who shot threes or did much of anything outside of caught lobs, finished dump offs, or putbacks. Clarke showed more and like I mentioned his 77 floaters blow Bell’s attempts out of the water.

Bell does seem to be the best comparison for a guy who truly is unique in his game. It’s not perfect, but it does seem to fit. Clarke I’d say is better, more advanced Jordan Bell. 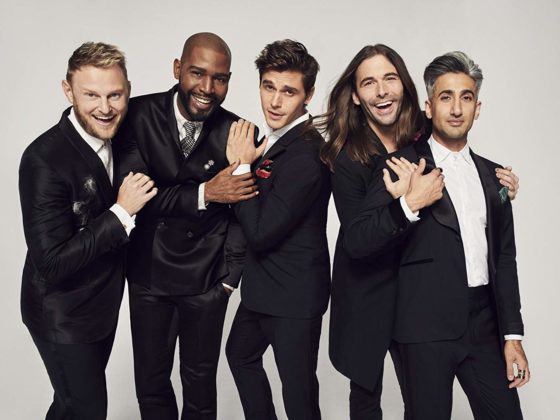 ‘Queer Eye’ Renewed by Netflix for Fourth and Fifth Seasons 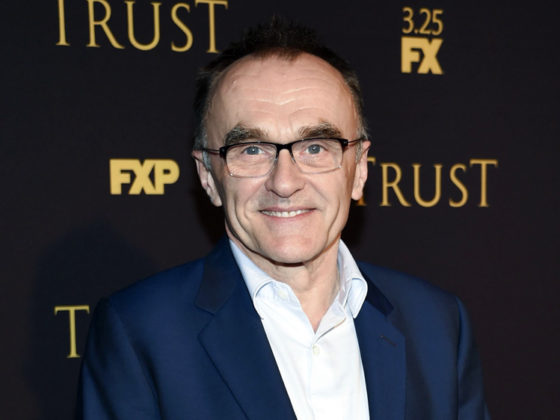 Danny Boyle Done With Franchises After His Experience on ‘Bond 25’