Some guys can play defense, some can run fast, some hit for average, but this event isn’t about any of that. This is about the guys who can hand out souvenirs after souvenirs, by crushing baseballs into the stands.

The Derby will take place tonight, July 8th at Progressive Field in Cleveland, Ohio. Home of the Cleveland Indians. Ahead of Tuesday’s All-Star Game presented by Mastercard.

The full bracket for the event was revealed last week, and it’s loaded with competitors who should put on quite a show. Last year’s Home Run Derby was among the most exciting in recent memory, as Bryce Harper won in front of his then-hometown Washington Nationals.

Before getting to the bracket, let’s lay out how this thing works. The eight players are seeded No. 1-8 based on their regular-season home-run total entering Wednesday. Ties are broken based on number of home runs hit over the past couple weeks.

As for the Derby itself, there are three rounds, each single-elimination. The batters have four minutes to hit as many homers as they can. They can stop the clock once in each of the first two rounds, and twice in the finals. Players can also earn bonus time if they hit two home runs longer than 440 feet. In the event of a tie, there’s a minute-long homer-off.

Now, to the men who are really good at crushing baseballs:

The derby boasts young phenoms like Oakland A’s Matt Chapman (Christain Yelichs replacement-back injury); one of the most hyped prospects in years in the Toronto Blue Vladimir Guerrero Jr.; a pair of returning competitors looking to avenge previous defeats in the Houston Astros’ Alex Bregman and the Los Angeles Dodgers’ Joc Pederson; the front-runner for the NL Rookie of the Year Award in the New York Mets’ Pete Alonso; the hometown favorite in the Indians’ Carlos Santana; one of the breakout stars of 2019 in the Pittsburgh Pirates’ Josh Bell; and a young phenom who has lit up the league in the Atlanta Braves’ Ronald Acuña Jr.

This year’s Derby participants have an average age of 25.43 years old, making it the youngest group in Derby history (last year’s group had been the youngest). It’s also the first time the Derby will feature multiple participants under the age of 22.

Before they take a swing for the fences in Cleveland, and with some help from Statcast, here is a look at some notable facts and figures for each of the competitors.

• Chapman entered Sunday averaging a 93 mph exit velocity on his balls in play, putting him in the 97th percentile among all qualified big league hitters.

• That’s the exact same as Chapman’s average exit velocity last year, when he also finished in the 97th percentile, and his rate of hard-hit (95-plus mph) balls in play is slightly higher this year at 49.4% — placing him in the 94th percentile.

Vladimir Guerrero Jr. practicing his home run derbying is exactly everything you’re hoping it would be. #BlueJays pic.twitter.com/GnMNiY0O1Q

• Guerrero Jr. will be the youngest participant in Derby history, at 20 years and 114 days. That breaks a record set by Ken Griffey Jr. (20 years, 230 days in 1990), with Bryce Harper (2013) the only other player to take part before turning 21.
• On May 14 at San Francisco’s notoriously pitcher-friendly Oracle Park, Guerrero Jr. hit the first two home runs of his career and did so in style. With exit velocities of 111.3 mph and 113.7 mph, and distances of 438 feet and 451 feet.
• Guerrero Jr. seems to like the ball down. He has launched seven of his eight big flies against pitches thrown to the lower third of the zone or below.

4) Bregman (22 HR)
• Longest HR of 2019: 440 feet, April 21 at Texas
• Hardest-hit HR of 2019: 105.0 mph, May 7 vs. Royals
• He doesn’t have the imposing stature of some of the other competitors, but Bregman has become a highly effective home run hitter.
• Because he generally is not hitting the ball as hard or as far as some others, Bregman racks up lots of homers by ranking well above average in contact rate and line drive/fly ball rate, and by pulling the ball. He has pulled 40 homers in the past two seasons, about three quarters of his total
• Bregman might have an edge in that he is the only competitor in the field who participated last year.

5) Pederson (20 HR)
• Longest HR of 2019: 445 feet, May 31 vs. Phillies
• Hardest-hit HR of 2019: 113.7 mph, May 10 vs. Nationals
• Pederson joins Bregman as the only competitors with prior Derby experience, but Pederson is the lone hitter to have gone beyond the event’s first round. In fact, in the 2015 Derby at Great American Ball Park, the then-rookie defeated Manny Machado (13-12) and Albert Pujols (12-11). That put him in the finals against the Reds’ Todd Frazier, who had the home-field advantage. Pederson smacked 14 more dingers, but Frazier was able to tie him in the waning seconds before winning in bonus time.
• Pederson isn’t necessarily the typical lefty who prefers the ball down. He is one of 10 hitters who has gone deep seven times against pitches in the upper third of the zone this year.
• One would assume Pederson will not have a left-handed pitcher for the Derby. All 20 of his homers this year have come against righties, as have 78 of his 81 since the start of 2016, with the Dodgers limiting his exposure to southpaws. No hitter with at least 50 homers in that span has hit a higher share against righties than Pederson (96.3%).

2) Alonso (28 HR)
•Longest HR of 2019: 458 feet, June 15 vs. Cardinals
•Hardest-hit HR of 2019: 118.3 mph, April 11 at Braves
• Alonso is on a historic pace, having already set an NL record for home runs by a rookie before the All-Star break. He currently has the fourth-highest first-half total for any MLB rookie, behind Mark McGwire (33 in 1987), Aaron Judge (30 in 2017) and Jose Abreu (29 in 2014).
• Alonso has quickly become an exit velocity legend. His 118.3 mph drive to center field at Atlanta on April 11 remains tied (with Sanchez) for the hardest-hit homer of the season, and the 10th-hardest since Statcast began tracking in 2015. Only Judge and Giancarlo Stanton have posted a higher exit velo on any home run during that time. Alonso’s total of 11 homers with at least a 110 mph exit velo this season trails only Sanchez.

3) Bell (25 HR)
•Longest HR of 2019: 474 feet, April 7 vs. Reds
•Hardest-hit HR of 2019: 116.2 mph, May 22 vs. Rockies
• Bell already has more than doubled his 2018 total of 12 home runs in 148 games, and he is fast approaching his career high of 26, set in 2017.
• While it’s not surprising that the switch-hitting Bell has homered more from the left side — he has more than three times as many plate appearances as a lefty — he actually has gone deep more efficiently from the right side. Bell has homered seven times in just 78 at-bats as a righty.
• Bell may have no problem racking up bonus time in the Derby by hitting multiple homers of 440-plus feet in a round. His seven homers of at least 440 lead the Majors, as do his five of at least 450.

On paper, it looks like a good field, with a decided slant toward youngsters — like Acuña Jr., Guerrero Jr., and Alonso. Considering how baseball would be wise to market its best young talent, this seems like a step in the right direction. 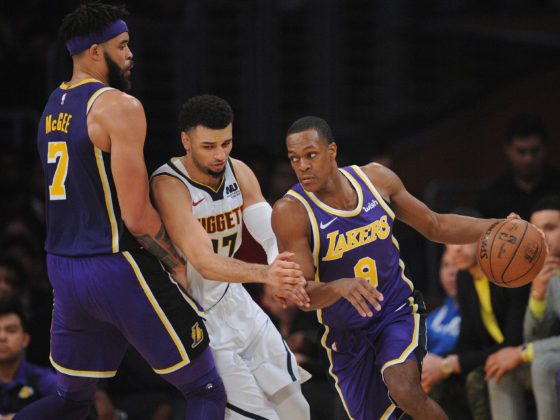 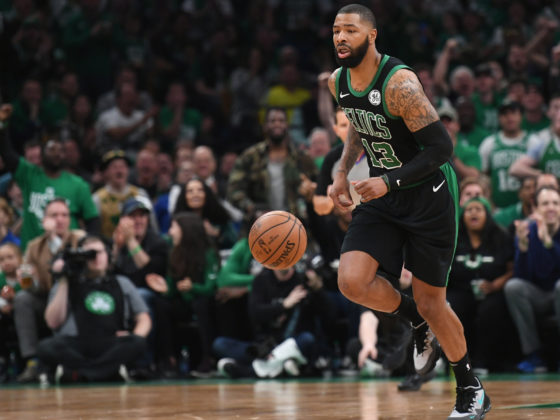