Everything that’s good must end. Hopefully, Day N’ Vegas will return again next year, but for now we must enjoy what we’ve experienced so far. J. Cole and the entire Dreamville family came together to perform “Down Bad” on opening night. Rebounding from a Travis Scott cancellation, Future, Metro Boomin’, Playboi Carti and Trippie Redd hit the stage on Saturday. Closing out the weekend, King Kendrick arrived and the rest was history. Here’s what we took away from our last day in Sin City.

Liked: SiR caps off an incredible year with the first live performance of “Hair Down” with Kendrick Lamar.

In a light year of high profile rap releases, R&B has continued a run of immaculate albums. This year, Marco McKinnis, Summer Walker, Ari Lennox and more have brought R&B to the forefront of pop culture. Standing beside these releases, SiR received some of the long awaited acclaim he deserved for his most recent album, Chasing Summer. This weekend, SiR celebrated the release of his most high profile album with the first live performance of “Hair Down” with Kendrick Lamar.

Learned: Tyler, The Creator will be here as long as he wants to be here.

In 2010, Tyler, The Creator burst on to the scene thanks to the success of the “Yonkers” video. Shots of him eating a roach and soundbites of him yelling obscenities indicated that he was more shock value than substance. I was wrong. Nearly ten years later, I am no longer a freshman in high school watching the “Yonkers” video inside my freshman dorm room. I am now a 23 year old man hoping to see Tyler in concert again and again. He is not shock value. He is an artist. More importantly, he doesn’t follow the protocol that many artists follow when performing at festivals. He doesn’t strip down his tour performance for large festivals. No, he delivers the same costumes, stage design and energy that you would get on a solo Tyler, The Creator tour. Although he came up during the era of J. Cole, Kendrick Lamar, Wale, Big Sean and Big K.R.I.T, we often don’t put him in that category. If we’re simply talking about his stage presence and ability to perform, he deserves to be in that conversation. This performance confirmed that and much more.

The world at large is suffering from diminished attention spans. It’s hard for many of us to pay attention for an entire three minute song, let alone an entire album. I was in Chicago walking to get some breakfast the first time I heard Damn. Maybe you were in your room. Maybe you were in your car on a Friday night with friends. Regardless of where you were, we all heard the same thing and it sticks with us to this day. That’s how Kendrick Lamar has remained relevant. We remember how his music made us feel rather than how long ago we first heard it. With that being said, it’s been nearly three years since a new Kendrick project appeared on our streaming services at midnight. In an age where artist’s are putting out three projects a year, that alone is incomparable. No one may want to hear this, but this headlining set at Day N’ Vegas convinced me that if Kendrick Lamar never wanted to put out another project, I’d be ok with that. Sometimes the music is just so good that you can do what you want. 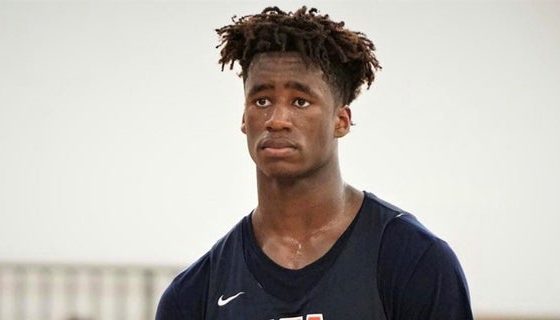 Definitive Ranking of the ‘Terminator’ Franchise (So Far)