The Davidson Wildcats are loaded with experience and looking to return to the NCAA Tournament after coming up just short of the goal last year. The team has tournament experience from two years ago when the team put up a fight against the Kentucky Wildcats in the first round of the tournament.

Davidson finished second in the A 10 behind a red hot VCU team. The team finished 24-10 overall with an impressive conference record of 14-4. Their experience on the team has the Wildcats ready to make the NCAA Tournament.

The Wildcats roster is stacked with upperclassmen leadership and talent. The team’s top four statistical leaders are all returning for the 2019-2020 basketball season. It all starts with senior guard Jon Axel Gudmundsson who led the team last year in rebounds, assists, and steals. He also finished second on the team in points behind fellow guard Kellan Grady.

The two guards are flanked by Luka Brajkovic and Luke Frampton who were the third and fourth leading scorers on the team last year. The four returning leaders paired with more returning depth makes the Wildcats dangerous in the A 10 this upcoming season. Look for Gudmundsson to attract some national attention and potentially another All-American nod.

The top six players for Davidson in minutes per game are all back on campus for this season. The depth and experience by the team will not be shaken up this year and losses will not be an issue for the team. The rotation of players will look about the same as last year.

Davidson landed a talented prospect from South Korea in Lee. The incoming freshman is ranked as the second-best prospect to commit to Davidson in school history. The 2018 U18 Asia Basketball Championship saw him average 26 points making him the leading scorer. The layout of the roster may see his minutes limited, but he could help the team as a spot-up shooter throughout the season.

53 Days away from our season opener with @AuburnMBB in the 2019 Veterans Classic. #TCC https://t.co/X8gDD0GLya

Head Coach Bob McKillop has a roster stacked full of talent, depth, and experience. The A 10 is deep this year and the Wildcats will not have a “cakewalk” into the NCAA Tournament. The team will have some competition, but they are considered the favorite by a majority of people analyzing the conference.

The team’s focal point is and will have to be the two lead guards Jon Axel Gudmundsson and Kellan Grady. The majority of mid-majors do not make the NCAA Tournament without winning their conference championship. The Davidson Wildcats will have to be playing their best basketball in February and March. VCU could be the biggest threat, but the A 10 is more than capable of producing a cinderella.

The 2018-2019 season saw the team go 24-10 with a conference record of 14-4. The team should improve on this despite the conference being better overall this year. Anything less than an NCAA Tournament appearance would be a disappointment for the team chock-full of upperclassmen.

Aubrun, Wake Forest, Vanderbilt, Nevada, and Marquette highlight a fairly impressive non-conference schedule for Davidson and the team will need to win at least two or three of these matchups. The team will also be looking for an A 10 regular season and tournament championship in the 2019-2020 season. 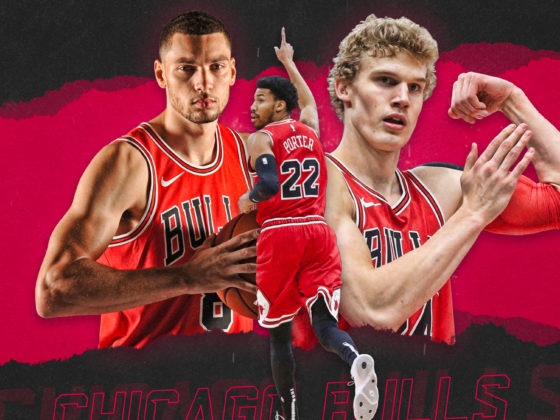