It’s time for the information process to begin. The time to keep an eye out for the 2018 NFL Draft has begun. No, I won’t be like other draft experts and B.S. my way through this and tell you lies. This is the information process as we gather tape through the college football season. Already we see Draft experts saying Josh Rosen is the top quarterback because he had a good quarter after being down 44-10. Here, I won’t lie to you, or make rash decisions. The quarterback groups reminds me of the 2004 Draft class. Sam Darnold of USC could be Philip Rivers esk. Josh Rosen resembles Eli Manning’s mechanics and even sour face look when things aren’t going well. Josh Allen, the quarterback from Wyoming is where we will start first.

Josh Allen is the quarterback I wanted to scout this week because he plays at a small school in Wyoming. This week they played Iowa, the most relevant team he will play all season. Allen on tape reminded me of a more agile Ben Roethlisberger if everything develops right.

The first thing that stands out with Allen is his pure arm talent. Allen thus far looks like he has the best pure arm strength of the top tier prospects. He’s also a big bodied guy (6-foot-5, 234) who should be able to hold up in the NFL. His athleticism was also better than I anticipated where I think it’s very realistic he runs in the 4.7’s or 4.8’s. There’s no questioning his talent, there’s a reason why he was invited to the Manning Passing Academy this offseason.

Despite the fact that Wyoming lost 28-3, let’s not overlook the fact that the rest of his team was outmanned and outgunned for the entirety of the game. Allen finished the contest with a line score of 23 for 40 attempts for 174 yards and two of interceptions. While that box score is obviously underwhelming, Allen was running for his life for the entire game as Iowa dominated the line of scrimmage.

As you can see below, his teammates are flat-out awful. The play calling didn’t help much either. Wyoming was running up conservative play calls early in the game to combat the pass rush. When the fell behind, Allen was just chucking it up trying to make something happen. His play caller also drew up very odd play calls passing the ball from sideline to the opposite sideline. Luckily Allen had the arm strength to get it there.

Let’s not panic over a season opener. Remember my comp to Ben Roethlisberger? Oh yeah, he also put up a stinker to Iowa throwing four interceptions in a loss to Iowa when he played at Miami of Ohio. Let’s see what happens the rest of the way for Allen.

*Josey Jewell also flashed on the defensive side of the ball for Iowa. Iowa doesn’t get top tier athletes but there is something to be said for linebackers with elite instincts. Jewell wrapped up 14 tackles in the win and had his unit rolling. He also added two sacks as well to his stat line. The 6-foot-2, 235-pound linebacker is someone to keep an eye on moving forward.

The Michigan Florida game was next on my docket. Michigan was set to return only four starters while Florida had 10 players suspended for the opener. This game was tough to scout not just for that reason, but the fact that Florida’s offense is flat-out putrid.

The Michigan defense didn’t miss a beat. If Harbaugh was going to put a number one defense together with a bunch of Brady Hoke’s recruits, we shouldn’t be surprised that thus far they look just as dominate. This defense is flat-out loaded. It even has two players who aren’t even draft-eligible in Devin Bush and Rashan Gary who look like future first rounders.

For those who are eligible for next year’s draft, It all starts with Maurice Hurst. He constantly pushed the pocket playing with great pad level. He commanded double teams on virtually every snap opening up opportunities for others. Mike McCary was one of those guys who recorded a sack. Both are Seniors. Oh, by the way, Michigan gave up 17 points. 14 of which were pick sixes by Michigan’s quarterback Wilton Speight.

On Florida’s side, I was more interested in watching their defense. They were on the field virtually the entire game but two players flashed, Jachai Polite and Duke Dawson. Polite isn’t even eligible but looks like a dominate defensive tackle recording two sacks. Dawson is one of those players who got lost in the shuffle but is set to replace some big-time talent that left for the NFL. Dawson was one of those players who recorded a pick six and played well at safety at times.

Don’t overlook Deebo Samuel at South Carolina. He returned a kick for a touchdown and notched two receiving touchdowns. Check out this one-handed grab.

Samuel is quicker than fast and gets in and out of his breaks very well. Every team craves playmakers as Samuel is just that. Quarterback Jake Bentley is pretty darn good himself as that connection is really fun to watch.

USC struggled with Western Michigan but Ronald Jones is the real deal. I would not be shocked to see Jones in the first or second round. Jones is now the lead horse at USC and showed what he’s made of. 18 carries for 159 yards and two scores is a heck of a start. Scouts will love Jones’ size at 6-foot with the ability to catch.

I could talk about this game for hours but I’ll try to limit my words here. First off, neither quarterback Jalen Hurts or Deondre Francois is destined as an NFL starting quarterback. Both teams are also loaded with multiple first rounders on each side. Alabama won the game 24-7 and even knocked out Francois for the season. The Seminoles season is far from over as they have the talent to run the table.

Alabama wide receiver Calvin Ridley is a spitting image of Amari Cooper. Both guys are 6-foot-1 with plus speed and excellent route running ability. Ridley scored on a home run deep ball and you could have sworn it was Amari Cooper running the route. It’s not that Ridley is fast, it’s his ability to sell the route and he is flawless in his knack for getting open. Ridley caught 7 passes for 83 yards and a touchdown.

To go along with that, Florida State’s secondary is phenomenal. Ridley cashed in on his touchdown against a true freshman. Derwin James is a do it all player who can literally play every position. James lines up everywhere and even showed off some natural pass rush ability. After battling some injuries, James showed he is every bit as good as Jalen Ramsey.

Tarvarus McFadden, a corner, is also locked in as a first rounder. McFadden is a long corner (6-foot-2) who plays well in press. He also comes with ball production which I value greatly reeling in 8 picks in 2016. I question his pure long speed as it looked like he could have been beaten deep on a few occasions. Outside of his impending 40 time, McFadden is a number one corner all the way.

Let’s also show some love to Josh Sweat. The outside linebacker recorded a sack and impressed flashing ability to go from speed to power man handling the right tackle. Yeah, he’s another player that should go in round one.

Some quick hitters on Bama: Shaun Dion Hamilton and Rashaan Evans is the next great inside linebacker tandem for Alabama. Dion Hamilton had a huge year for Bama a year ago but missed the Championship game due to injury. Minkah Fitzpatrick is the closest thing I’ve seen to Tyrann Mathieu since the man himself. The other safety Ronnie Harrison links more closely to Landon Collins.

Lane Kiffin has the Florida Atlantic program moving in the right direction. Despite the fact that they got ripped by Navy, he’s built a damn good staff with Kendall Briles running the Baylor style offense.

Ohio State has lacked elite skill position players in the past but not anymore. J.K. Dobbins and Parris Campbell are lightning rods for the Buckeyes. J.T. Barrett is not an NFL quarterback but boy are those two players special.

Connor Williams, the left tackle for Texas is unbelievable. I’m not sure if a Maryland pass rusher moved an inch against him. Williams is ticketed for the first round. Texas is a mess but Williams is the glue.

Bradley Chubb wore the Mario Williams patch on his jersey this weekend for NC State and is the most talented player in the program since Williams. Chubb is a natural 4-3 defensive end that made some noise. Chubb didn’t record a sack but did have 5 tackles and a pass deflection in the narrow loss to South Carolina. 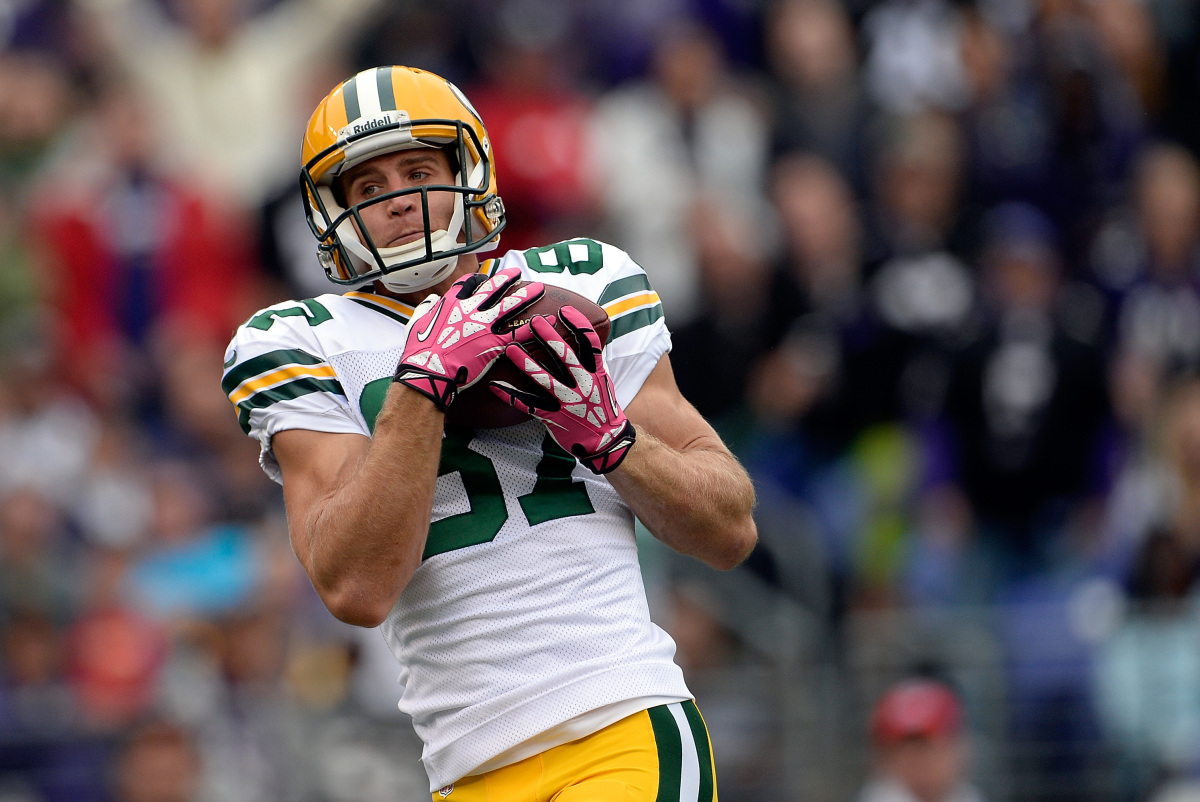 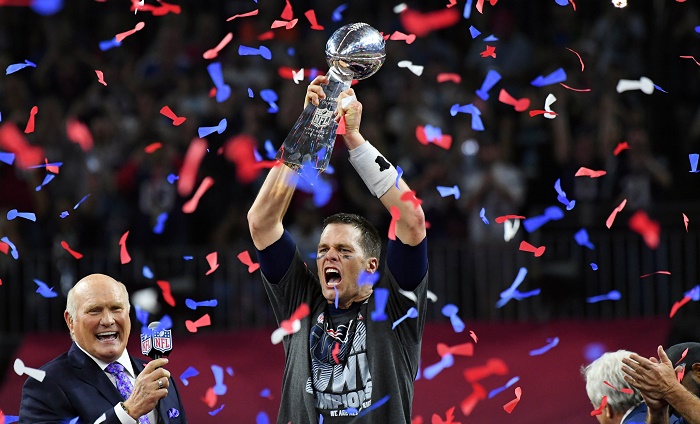 2017 NFL Season: Surveying The Quarterback Landscape Of All 32 Teams