Positional value tends to change through the years as the game changes and its talent shifts. Decades ago, at the infancy of the NBA, small NBA players did not find much success as they would get destroyed in the paint by gargantuan centers. Years after that, “positionless,” typically 6-foot-9 players, were the league’s pariahs. Today, trotting big men seem to be increasingly left behind.

This is not only the result of a bevy of talented guards and wings in the NBA but a realization that those types of players garner the most success. Switchable, athletic and 3-point happy became the descriptors of a good lineup. These types of lineups played Roy Hibbert into inexistence, gave the Golden State Warriors a unit that evoked the grave and made every team’s “best lineup” lack a player under 6-foot-9.

Teams were, and are, using their switch-happy lineups to not only minimize the importance of the center position but to attack it relentlessly. Rolling to the hoop becomes much more difficult when teams can simply switch onto it, getting isolated onto the opposing team’s best perimeter player happens constantly, being forced to run through screens becomes a necessity and the league universally agreeing that post-ups will no longer be utilized due to their inefficiency restricts what a big man can do to combat all of these challenges.

Despite this, the NBA had four young centers drafted in the first six picks last night. They hope to join other young, talented bigs such as Karl-Anthony Towns, Joel Embiid and Anthony Davis in the years to come, but this will be no easy feat. This is a nearly impossible level of production and skill to match but, right now, it would be just as idiotic to suggest any of these players simply won’t be able to.

Being just a “decent” center in today’s NBA means you are essentially unplayable in the playoffs. The four starting centers left in last year’s playoffs were JaVale McGee, Clint Capela, Kevin Love and Al Horford. Not only is this list uninspiring but includes guys who were either traditionally power forwards (6 feet 10 inches or shorter) or quick on their feet with McGee being the outlier in more ways than one.

Capela is one of the more mobile centers in the entire NBA and even he was played off the court as he averaged four fewer minutes, four fewer points and 1.5 fewer blocks per game against the Warriors who, as previously mentioned, have one of the best non-center lineups in the league. Capela, a player who can switch better than most centers, can rim run better than most players, is a defensive force and was a large reason for the Rockets’ historic record, was played right off the court because employing quicker wings was simply too effective against him.

It was no coincidence that “mobile” was the overused buzzword of the night when describing these centers and power forwards. Mobility is a necessity for big men in today’s NBA. Those without unique lateral quickness get played right off the court while even those with it see their importance dwindle.

Even the great centers with unparalleled skills have run into major trouble in the playoffs during their young careers. Embiid was forced to defend so many pick and rolls that he ultimately displayed his limitations in that area against the Celtics. He is too big to also be fast enough to switch when guarding pick and rolls and the Celtics were able to take advantage of his slower feet.

The Sixers basically never switch on PNRs. The #Celtics, knowing this, attacked Joel Embiid over & over again. The ballhandler keeps it if Joel doesn’t help over and drives to the hoop or the ballhandler gives it to the roll man if he does help too far. Superbly executed gameplan pic.twitter.com/k7YY7ExYto

Towns had a similar struggle as he played one of the more switch-happy teams in the league and was forced out onto shooters, unable to decide whether he should guard the rim or stick on the 3-point shooter. This caused his defense to be a point of contention in the playoffs while he was also unsure whether or not he should post-up his smaller defender or stay out beyond the 3-point arc — where he is a 42 percent shooter. Big men facing these decisions are usually just too slow to commit to the correct one.

The league has evolved in a way that makes space and positionless basketball the priority for every team. Towering 7-footers do not usually have the luxury of giving a team either. Only a handful of big men were able to shoot over 36 percent from three and also nab at least 50 3-pointers for the season. Most of which, besides Towns, were average starters at best. Meanwhile, laterally quick bigs such as Capela and Towns were caught flat-footed.

As a center in today’s NBA, you can not just be decent, you have to be excellent, which is simply not true for guard and wing players. Guys like Andre Roberson, Luc Mbah a Moute, Al Farouq Aminu, JJ Redick and Kyle Korver can all have more impact than the average center despite their niche skill sets.

The likelihood that most of the players selected in the first six picks of any draft will become stars is very low no matter what positions they play. It is simply troubling that teams decided a position with deflated importance was the correct choice for the majority of these highly valuable picks. These players now do not have the option of being decent or one dimensional. They have to be fantastic in an endless list of ways. And yet, the league drafted as though it allows its centers to be impactful while also being limited.

That league no longer exists, and it may never exist again, but the NBA seems to be betting that it will. 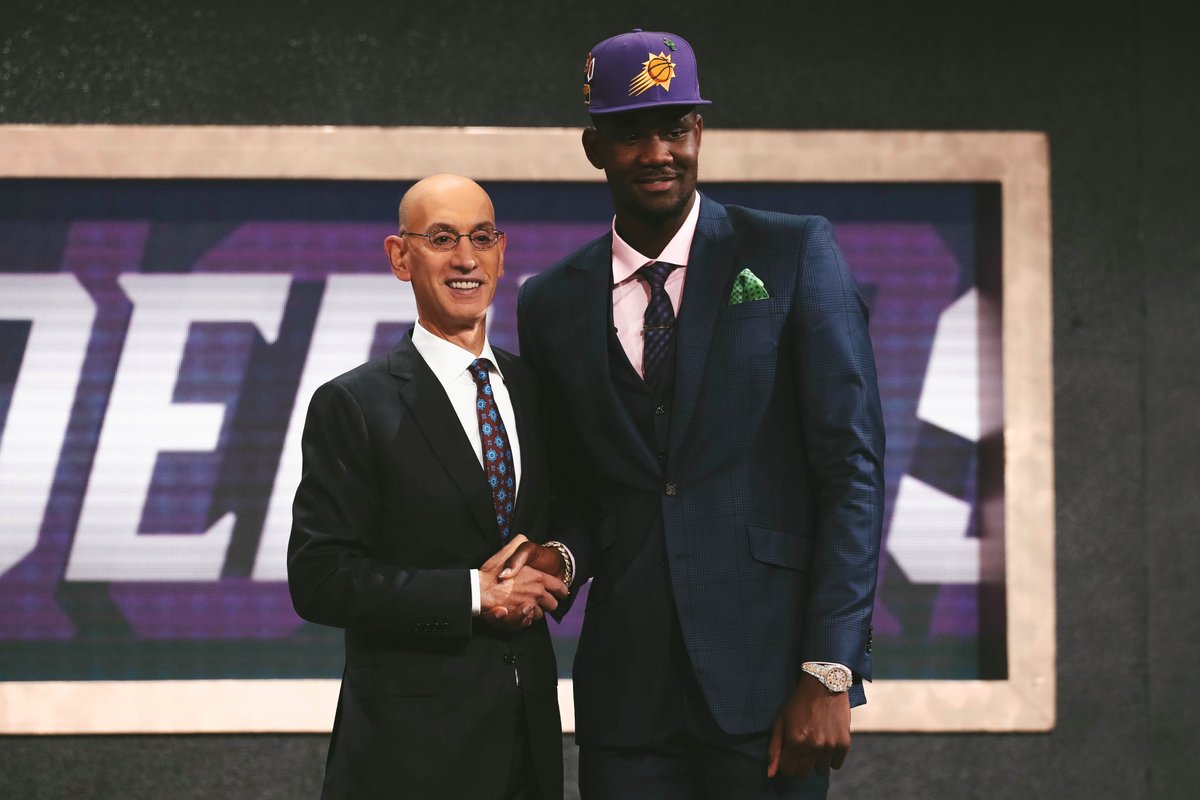 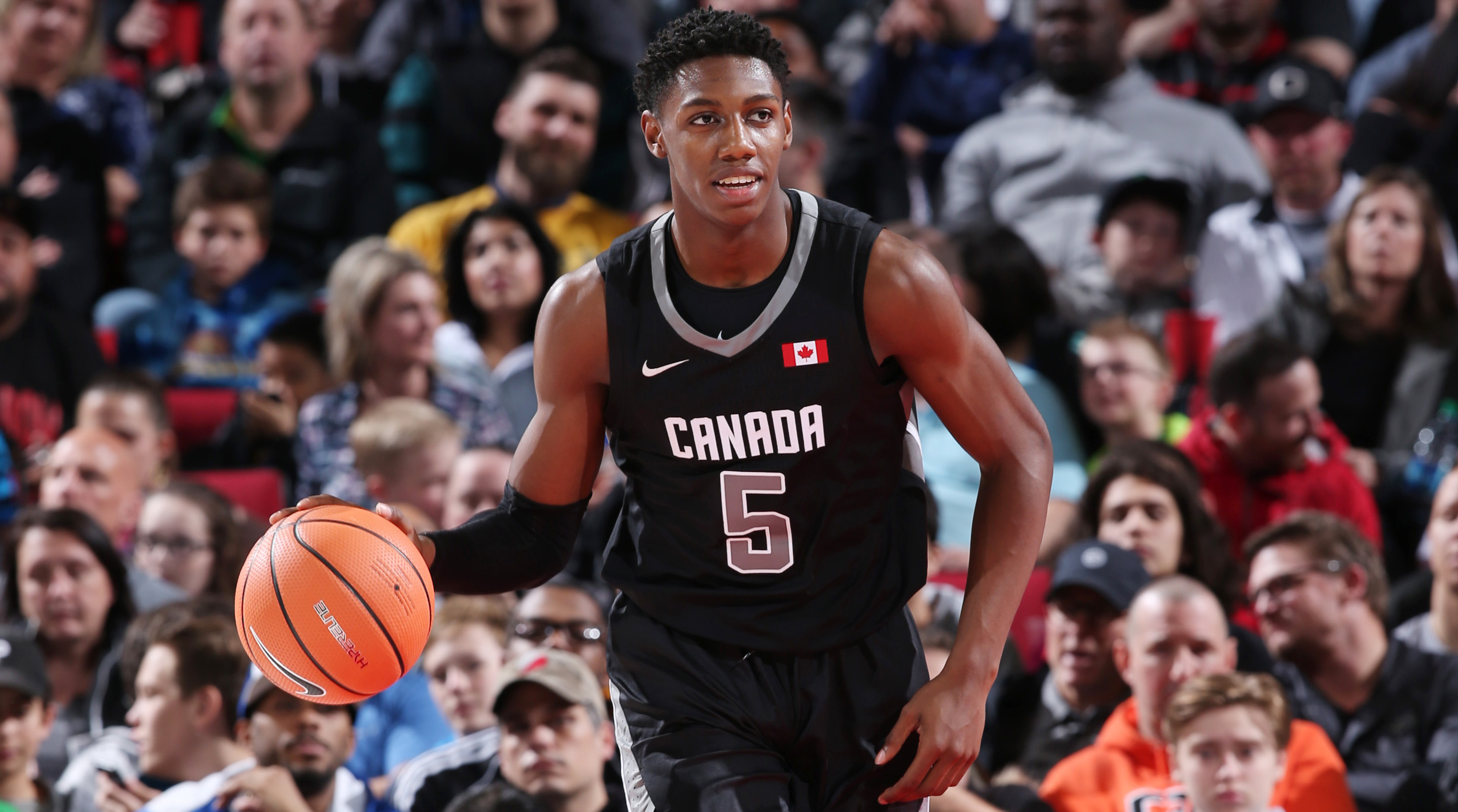