The 2016 MLB Trade Deadline has come and gone. Having said that many teams either greatly improved in the short term or long term. How many teams will be kicking themselves a year or two from now for giving up that prized prospect? In no particular order let’s assess the winners and losers.

The biggest winners in my eyes were the Brewers. The packages they were able to receive for Jonathan Lucroy, Jeremy Jeffress, and Will Smith. Lucroy and Jeffress were dealt to the Texas Rangers in exchange for Lewis Brinson, Luis Ortiz, and a PTBNL. Brinson now slides in as the Brewers number two prospect and is MLB.com’s 21st overall prospect. Brinson frankly doesn’t have a high average but his speed and fielding are there, his bat will come. Luis Ortiz is the 63rd ranked prospect in baseball who probably profiles as a number 2-3 starter in the big leagues. To deal a 30 year old catcher and relief pitcher on a non contending team to get that kind of package, you simply can’t complain.

The Will Smith deal to San Francisco however was the biggest steal of the day. Smith is a reliever and has a 3.68 ERA. They were able to coup the Giants number one prospect Phil Bickford and immediate catching replacement Andrew Susac in return. You make that trade every day of the week. Bickford was my favorite prospect the Brewers received on the day and is ranked 65th on MLB.com’s list. Bickford hits 98 on the gun and could be an ace on the Brewers staff. Milwaukee was able to rid themselves of Aaron Hill as well who has has been absolutely terrible since being dealt to Boston.

Give general manager A.J. Preller a lot of credit. He completely rebuilt this team in a short period of time adding a bunch of premier prospects. First he ripped off Dave Dombrowski of the Red Sox adding Anderson Espinoza (20th ranked prospect) for one year wonder Drew Pomeranz. Then he traded the myserious Fernando Rodney for Chris Paddock who has a 0.95 ERA in the minors. Preller even found takers for teams willing to take on portions of albatross contracts such as James Shields, Matt Kemp, and Melvin Upton. Just when we thought the Padres were done they hit their home run trade dealing Andrew Cashner’s expiring contract for a boatload of assets. The Friars have freed up a ton of money and built themselves a nice little farm system. Job well done A.J. Preller.

The Yankees did the thing they should have done, rebuild. Better yet the Yankees dealt off 3 players who were set to become free agents anyway in Carlos Beltran, Aroldis Chapman, and Ivan Nova. New York also maximized Andrew Miller’s value as the 31 year old reliever brought back a nice package. Clint Frazier, Justus Sheffield, and Gleyber Torres are the top 100 prospects they received in the deals. However the Yankees may have been able to do better as they probably botched the Carlos Beltran deal receiving Dillion Tate in the process. Tate was the 4th overall pick in the 2015 draft but has failed miserably since having over a 5.00 ERA as a starter in A ball.

While the Red Sox were busy they can’t really be considered winners. So far it looks like they missed on the Pomeranz, and Hill deals while hitting on the Abad and Ziegler deals. The Orioles on the other hand made two small deals that should make them better for the playoff chase. Wade Miley is having a very mediocre season with a 4.98 ERA but outside of Chris Tillman and Kevin Gausman, the Orioles starters have been dreadful. Miley could help and they really didn’t give up anything to get him. Baltimore also added Steve Pearce who is hitting .309 this year. Again Baltimore didn’t give up anything of note to get him either adding a farmilar face to the clubhouse. Pearce was a member of the O’s from 2012-2015.

The Blue Jays also had a good deadline. The Jason Grilli pick up added a nice veteran to the bullpen as well as the necessary swap of Juaquin Benoit for Drew Storen. Adding Melvin Upton was a nice move as well giving up a low level prospect and having the Padres cover most of his salary. With the eventual move of ERA leader Aaron Sanchez to the bullpen due to innings restriction, the Jays also focused on pitching. Toronto added Scott Feldman and Mike Bolsinger in separate deals giving up a low level prospect and reliever Jesse Chavez. The deal that made the Blue Jays significant winners was pulled off just before the deadline. Toronto added Francisco Liriano in a salary dump that gave them Pittsburgh’s 9th and 10th prospect (Reese Mcguire, Harold Ramirez) just to take on Liriano. Drew Hutchinson was shipped to Pittsburgh but is sitting in AAA as an elder reliever. Liriano is not having a good year but he is worth the gamble, especially when you get enticed to take him.

Both teams are trying to win the world series and tried to add that one final piece to go win it. The Cubs added Aroldis Chapman, Mike Montgomery, and Joe Smith while the Indians added Andrew Miller. The Cubs really tried to bolster their bullpen and have one of the richest farm systems in baseball so they could afford to do so. The Indians gave up a nice package for Miller but will be able to control him for 2.5 more years making it worth the price. I picked both teams to make the playoffs before the season ever started and only improved their chances of winning it all. (Yes I picked the Royals to get 3rd, maybe you should read more of my stuff).

Now I want to preface this by saying the Giants could absolutely win the World Series this year, I just didn’t like their deadline moves. The Giants added Will Smith, Eduardo Nunez, and Matt Moore. The Nunez deal was one the only one that made sense to me adding a prolific utility man for a fringe worthy prospect. I already talked about how bad the Will Smith deal was in the Brewers paragraph but the Matt Moore one may have been worse. Moore hasn’t had a good year since 2014 and has posted ERA’s of 5.43 in 2015 and 4.08 this year. To Give up major league 3rd baseman Matt Duffy, along with prospects Luscious Fox and Michael Santos blew my mind. Duffy is arguably worth more as we speak hitting .295 for San Fran as a 24 year old. Why give up so much for a player who probably won’t even start a playoff game for you.

Again the Rangers could win a world series but I didn’t understand their deadline. The Rangers gave up a boatload of prospects in order to acquire Jonathan Lucroy, Jeremy Jeffress, Carlos Beltran, Dario Alvarez, and Lucas Harrell. If I was Texas I would have used all of those prospects to go get myself a Chris Sale instead. Even if you would have to add a touch more in a Sale deal that would make a lot more sense in my eyes. I did love the trade for Carlos Beltran sure, but it has to get over shadowed by their trade targets as they gave up a ton and didn’t land a superstar in the process. Alvarez and Harrell for example were two guys the Braves claimed on waivers and were shipped to Texas months later for power hitting prospect Travis Demeritte. Why not pony up for Chris Sale, the Lucroy addition probably doesn’t make you significantly better.

The Angels made two trades and failed miserably on both. The prices some of these relievers were going for was absurd and practically gave away side armer Joe Smith to the Cubs. Then the Angels made one of it not the worst deal of the deadline trading Hector Santiago to the Twins for Alex Meyer and Ricky Nolasco. I’ve looked at this trade about 10 times and it still doesn’t make any sense to me from the Angels perspective. Santiago, 28, has a 4.25 ERA and is arbitration eligible for one more season. The former Angel is a solid lefty starter who frankly is worth a lot more. Nolasco, 33, is owed $12 million next season and has an ERA of 5.13, (6.75 in 2015). The prospect Meyer is ranked 12th in the Angels organization. This farm system is the worst farm system in recent memory and it may be time to entertain Mike Trout offers in the future.

The Marlins were caught in go for it mode and probably shouldn’t have. I talked about how they were ripped off by San Diego in the Andrew Cashner deal. Realistically I can’t justify this trade as he frankly hasn’t even had a good year with a 4.76 ERA with San Diego. The Marlins got Fernando Rodney from San Diego as well but paid a price to do so. I just think Miami should have been a bit smarter if they were looking to go for it. Cashner can leave following this season, why not look to get a pitcher who you can control beyond this year. Jake Odorizzi for example would have made more sense.

I’m not sure if the Pirates were trying to buy or sell this year. Mark Melancon, Francisco, Liriano, and Jonathan Niese are all gone. The players they got in return kind of shocked me. Melancon turned into Felipe Rivero and Taylor Hearn who are basically just more controllable bullpen arms. Liriano was mentioned in the Blue Jays section. Niese was swapped for former Pirate Antonio Bastardo. Pittsburgh even traded for rental Ivan Nova? The Pirates were all over the place and probably put them out of playoff contention in the process.

*Other deals worth noting

Mets did well in not giving to much in the Jay Bruce deal. Dilson Herrera has a career average of .211 and may never make it. I just question the fit of Bruce. New York has way to many corner outfielders but they made it work last year with Yoenis Cespedes. Maybe they can catch lightning in a bottle again this year.

The Dodgers didn’t give up any of their elite prospects in trading for rentals Josh Reddick and Rich Hill but they still paid a hefty price. Frankie Montas is probably a future closer and Jharel Cotton and Grant Holmes likely figure their way into the A’s rotation in the future. Then again the Dodgers needed to make a push to win the NL West. Reddick and Hill give them a chance to do so. Yasiel Puig interestingly enough was sent down to AAA. 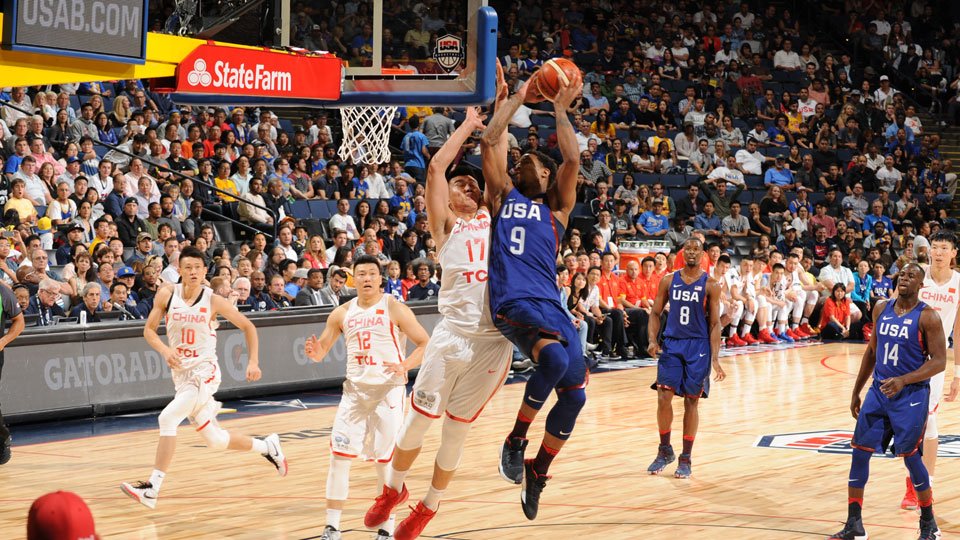 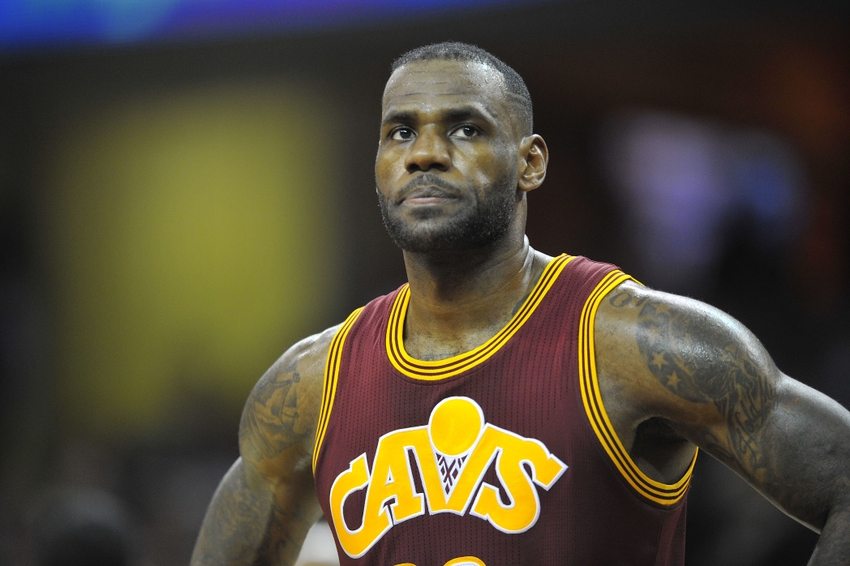 LeBron James: “My Motivation Is This Ghost [Of Michael Jordan] I’m Chasing”